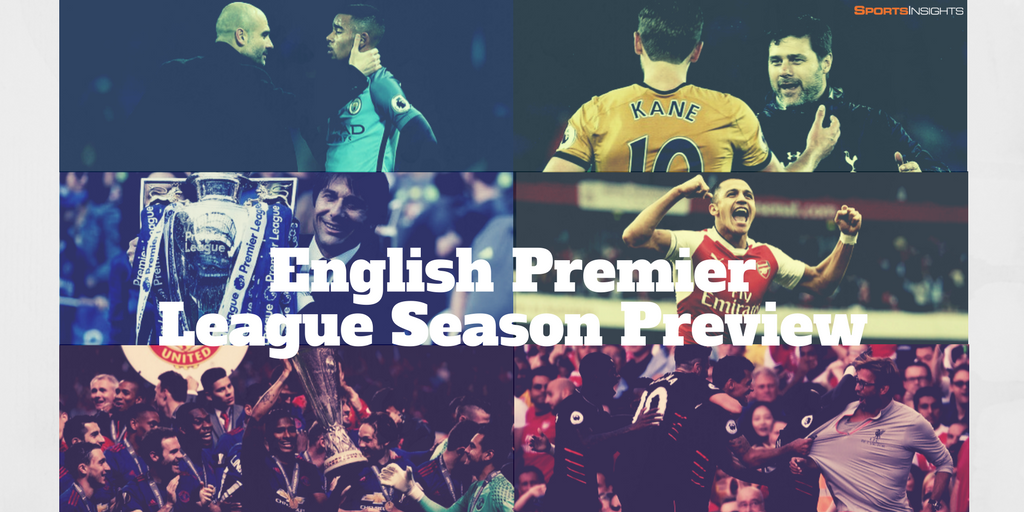 Chelsea are the defending Premier League champions, but they’re not the favorites heading into 2017-18. Oddsmakers peg Manchester City with the best chance to win the title next year at +180 odds with Chelsea and Manchester United both listed at +350. Tottenham have arguably been the best overall team the last couple seasons but they haven’t won a top-division title since 1961 and have +1000 odds for 2017-18. Arsenal and Liverpool have also been in an domestic title funk, albeit not nearly as long as Spurs, and are listed right behind Tottenham. These three teams expect to pressure the top-3 of Man City, Chelsea and Man Utd.

I’ve been guilty of picking Arsenal in past years which clearly hasn’t worked out. As a Gooner myself, I’d love to throw away more money on an Arsenal title this year, but I’ll hold back until the season starts. The big issue that has plagued Arsenal in recent seasons is the inability to adapt and beat the top teams. With Arsene Wenger returning for another season, I don’t see much changing in terms of the team mentality, and they’ll have to get out to a good start to keep up.

I don’t see a surprise team like Leicester City winning the title like in 2015-16, but I also don’t see a whole lot of value betting any of the favorites before the season starts. Since every single one of the 38 matchweeks is crucial, title odds fluctuate heavily from week-to-week, so bettors can often find good prices throughout the season. Just make sure you have accounts at multiple sportsbooks so you can shop for the best line.

Three Premier League teams will be relegated this year, and three clubs from the Championship (division below Premier League) will be promoted.

Huddersfield are the -155 favorites to be relegated and I can’t really argue that. They are one of the newly promoted teams but they finished last season with a NEGATIVE goal differential (-2). They did make some moves in the offseason to strengthen their squad but I think the relegation price is fair. They may pull some surprises during the season but overall I can’t see them accumulating enough points to stay in the EPL.

A couple value plays I do like to be relegated are Swansea +225 and Burnley +125. I pegged Swansea to be relegated last season (along with Sunderland) and was looking good for most of the year until they got hot at the end. This season, if they lose star forward Gylfi Sigurdsson, they’re in trouble. As for Burnley, I like some aspects of their club including the manager and goalkeeper, as well as their great home form last year. However, they really struggled on the road and they go into this season with a depleted defense. I don’t expect them to be as dominant at home this year as they were last year, and those missed points will be costly.

Swansea Under 38.5 – I’m pretty low on Swansea again this season and envision them struggling like they did last year without a big late-season run. As I mentioned earlier, if Sigurdsson leaves then they’ll definitely have more problems.

Burnley Under 35.5 – Their home/away splits will be something to keep an eye on this season, and they’ll give up too many goals to stay competitive. They won’t replicate last year’s home form and aren’t good enough to take a lot of road points. Under 35.5 it is.

Newcastle Over 38.5 – I really like that Newcastle have an experienced Premier League manager in Rafa Benitez leading the way, as well as their style of play.  They’re not a huge possession team which is fine for the EPL, and they also rely on set pieces for their goals, another bonus in the EPL. Oddsmakers feel pretty confident that Newcastle won’t be relegated, and if that’s the case, then they should get to at least 40 points on the year.

You can also view odds for top goalscorer here.

If you have any questions or comments, feel free to voice them below.