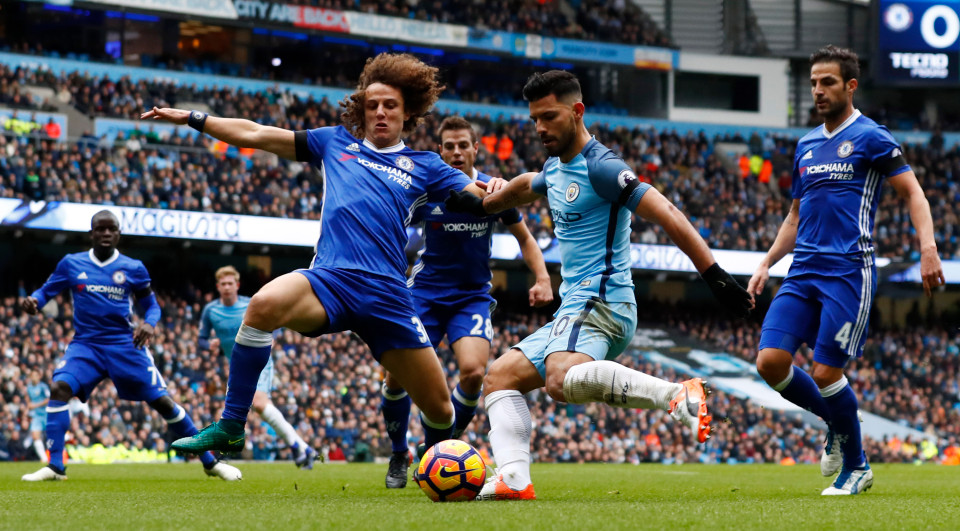 The 2016-17 Premier League season ended with Chelsea winning the title, and sportsbooks wasted no time looking ahead to 2017-18. Pinnacle was the first book to post title odds and Chelsea did NOT open as favorites to repeat as champs. That honor belonged to Manchester City who started the best odds to win the title at +240, and so far it looks like the market was correct.

Below was published July 29, 2017 before the season started:

Six teams opened with odds of +1300 or better, but next on the list is Everton at +6000 odds. Huddersfield have the worst odds at +200000 but those are still better than Leicester City in 2015-16 (+500000) when they pulled off the miracle. Newcastle is back in the Premier League after winning the Championship (division right below the EPL) and are 550:1 to claim the title, better odds than nearly half the league.

Here’s a look at some “rivalry” props at BetOnline on which team will record more points this season: 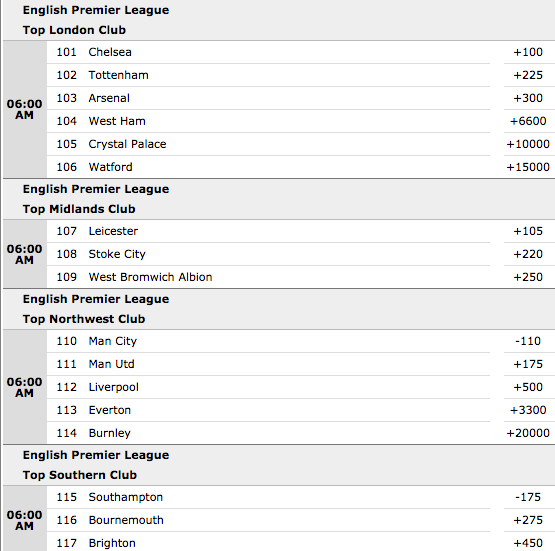 Do you think Man City deserve to be title favorites ahead of reigning winners Chelsea? Will Tottenham, Arsenal or Liverpool finally break through and win the league title? I’ll have an extensive season preview with a breakdown and season point totals as the season gets closer.