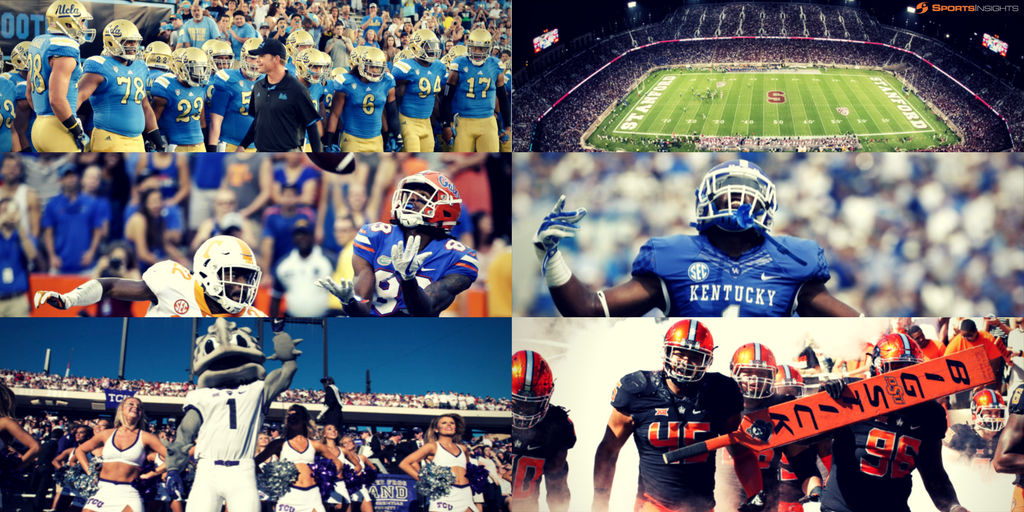 I say it every week, but the season is already flying by. This weekend we’ve got two Top-25 matchups (TCU at Oklahoma State, Mississippi State at Georgia) which are both seeing lopsided action on one side. Below we’ve highlighted some of the major news for Week 4:

Alabama still alone at the top of the National Championship Odds