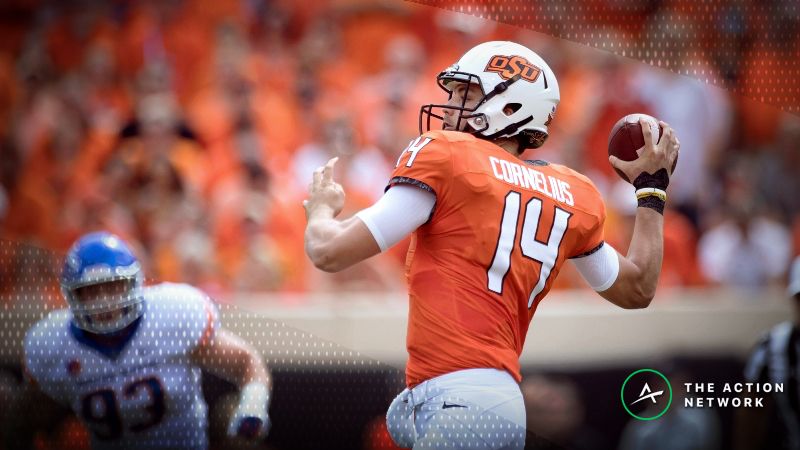 College football bowl season kicks off Saturday with five games and continues through the New Year. College football bettors are always excited at the opportunity to wager on a month’s worth of games, but handicapping 40 matchups that feature teams with varying levels of motivation is difficult.

Don’t worry, we’ve done all the hard work for you using the Bet Labs database. Whether you’re betting on the AutoNation Cure Bowl or the College Football Playoff, here are the betting strategies you need to know before making your picks.

What do recreational bettors know about the Servpro First Responder Bowl between No. 25 Boise State and Boston College? Not much, other than the Broncos being ranked. Top 25 teams will receive a disproportionate number of bets from the public just because they are ranked.

In early betting (see live odds here) a majority of spread tickets are on Boise State. Oddsmakers know casual bettors will wager on Top 25 teams and inflate their lines accordingly.

Games that match (based on the AP Poll):

Washington State (10-2 ATS), Georgia Southern (9-3 ATS) and Florida International (9-3 ATS) were three of eight teams to cover the spread in nine or more games this season. Each is receiving a majority of spread tickets in their respective bowl games.

Casual bettors remember the teams that consistently covered and chase those results. Unfortunately, teams that have covered the spread in 70% or more of their games have gone 53-66-2 (44.5%) ATS in the postseason.

Casual fans like wagering on favorites. In bowls games, the chalk has received a majority of spread tickets in 351 of 463 (75.8%) games since 2005. Oddsmakers anticipate this and will shade the line leading to value on underdogs.