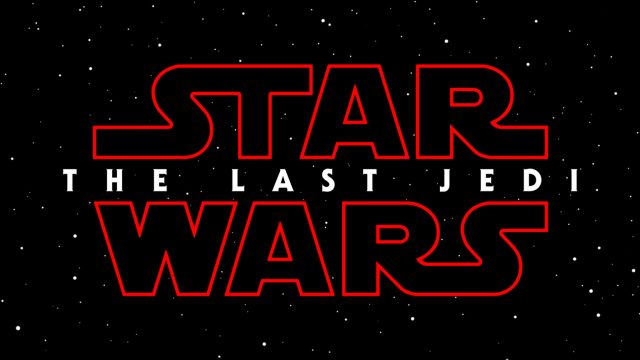 In Entertainment
By Mark Gallant

#WaitFor8 is no more. The Last Jedi is here and I, along with many other fans and moviegoers, have seen the flick. If you don’t want to be spoiled, DON’T READ THIS ARTICLE. It’ll have more spoilers than The Fast and Furious: Tokyo Drift. 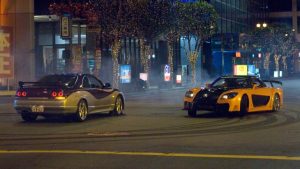 This movie has been on the minds of oddsmakers more than ANY movie in history. In the past year, I’ve written FIVE entire articles based on different prop bets for The Last Jedi. For comparison’s sake, I’ve written zero articles this past year about prop bets for other movies. Yeah, Star Wars is a big deal. Below are the articles, listed from oldest to newest.

You’d think someone with the foresight and wisdom of Snoke would have sensed it, but I guess he was a fraud. Which leads to the disappointing part—Snoke’s rise to power, background, connection to Ren, etc. were not explained whatsoever. Somehow, between Episode VI and VII, this apparent Sith Lord came out of nowhere and just started ruling the galaxy. Don’t we deserve to know a little more about him? Kind of a wasted character in my opinion…shout out to Darth Maul, biggest waste of the franchise. 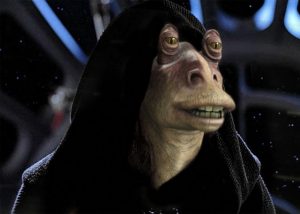 Other Notes from The Last Jedi

My bold prediction about this movie from a couple days back was that Rey would kill Kylo Ren. That nearly happened, as she tried to pull the old force-lightsaber-grab and kill him. Instead, they ended up having a force-off over the weapon that led to its destruction. However, at that point of the movie, it would make no sense for Ren to die because Snoke already had. What would be left in Episode IX? General Hux?

I was coming to terms with the fact that they were killing off Finn. His kamikaze-esque approach towards the massive rail-gun type thing proved that he was willing to end his life in order to save his rebel friends, but his new partner in crime, Rose, had other thoughts.

Yoda! How’ve you been? Old Ben Kenobi’s spirit used to visit Luke back in the day and Yoda decided to do the same thing  to change Luke’s attitude about the Jedi. I’m sure we will see the same ghostly presence out of Luke in Episode IX. 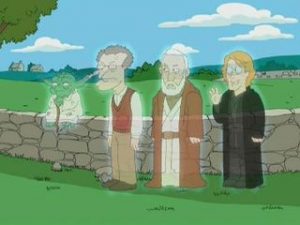 Laura Dern’s character, Vice Admiral Holdo, was really pissing me off at first. My friend even suggested that she was a double agent, which I was sort of buying in to as the movie went on. However, she ended up TOTALLY REDEEMING herself by blasting the final rebellion command ship, not to mention her own body, through the First Order fleet at light speed to cause mass destruction.

What can we expect in Episode IX?

Probably my biggest gripe with this film is that it did not leave us with any huge unanswered questions. No cliffhangers. Nothing for Redditors to go crazy over with fan theories up the wazoo for the next two years. It’s not like Star Wars films are known for always having huge cliffhangers, but it was fun to talk about the possibilities after The Force Awakens.

With that being said, it’s tough to make any bold predictions about the final third of this trilogy. The rebellion, whose numbers are fewer than the remaining Javan Rhinoceroses, will need to round up some troops in the far reaches of the outer rim and whatnot if they want to have a chance at taking down the First Order. It’s odd how the Empire and the First Order seemingly always get wiped out at the end of every movie, but are back in full force when we pick up at the start of the following movie. Unfortunately, life isn’t as easy for rebel scum.

I think the biggest question on most people’s minds will be whether or not Rey ends up killing Kylo Ren or if she can finally fully turn him over to the light side. The potential is obviously there, as he’s shown that there is still good deep down, but he keeps reverting back to his dark ways.

One bigger question I have as it pertains to the entire franchise is whether or not these characters’ stories end with Episode IX or whether they continue to be the focus in more films. We know that Disney is planning to pump out Star Wars movies every year, I mean, I would too for basically a guaranteed billion dollars, but I think we could see this story arc continue for Episodes 10-12. Perhaps Kylo Ren and Rey do end up joining forces and have to wipe out several force sensitive gungan Sith lords in the next trilogy. Maybe they get married and have a kid who is so strong with the force that Anakin looks like a nerf herder in comparison.

I am going to give this a 6.3 out of 10. It was certainly an entertaining movie that kept me on the edge of my seat. I’m also glad that it didn’t follow the exact same story as The Empire Strikes Back, which is an issue many people had with the similarities of The Force Awakens and A New Hope. I was never shocked about any particular event, though, which I was hoping would happen. When I walked out of the theater, I was calm, cool, and collected. I would have liked to have been freaking out and full of questions.

I think part of the problem was that I started seeing tweets and stories about the movie getting near perfect reviews and set my sights too high. I’m not sure where this will fall in my Star Wars movie rankings list, but I think it’ll likely settle in around my 5th favorite of the nine.

I don’t know what the props will look like for Episode IX, but I’ll be sure to keep you posted.