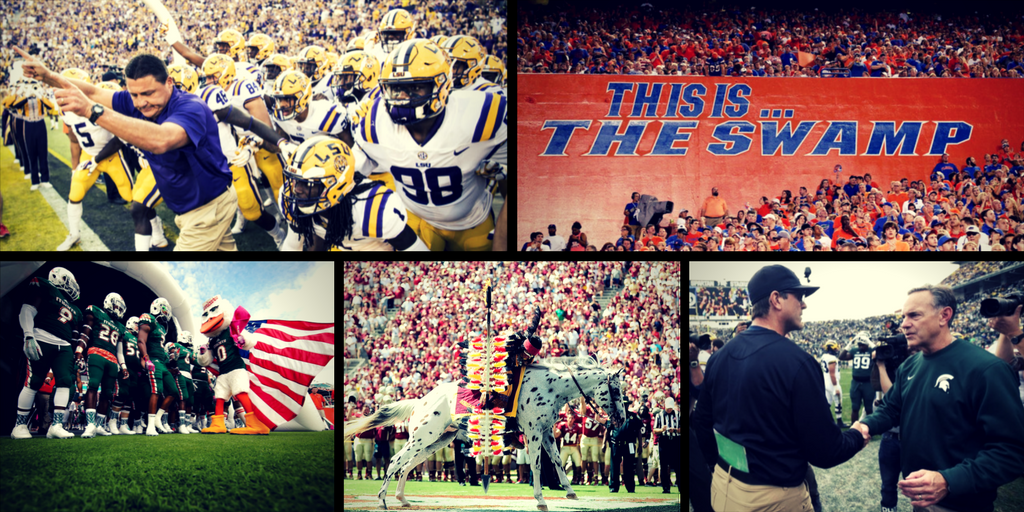 We’re nearly halfway through the 2017-18 College Football season and below we’ve highlighted some of the major news and notes for Week 6:

Most Lopsided Ticket Splits:
90% on Marshall
87% on Auburn
86% on Northern Illinois

It’s been a solid start for public bettors this season– teams closing with at least 70% of tickets have gone 67-50 ATS. We wouldn’t count on these trendy bets to continue covering though.

Big underdogs are off to a great start this season with teams closing +28 or higher compiling a 56-29 ATS record.

Heisman Trophy race appears to be a 2-man battle now between Saquon Barkley (+125) and Baker Mayfield (+225).

National Championship Odds suggest another rematch between Alabama and Clemson.