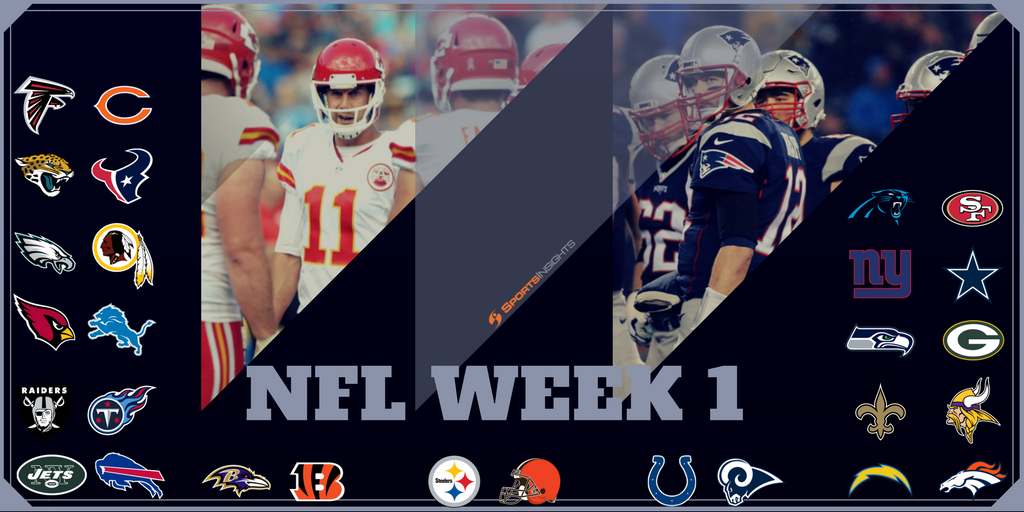 In NFL
By Mike Marsh

In this weekly column we’ll summarize key events from the past week, provide bettors with information needed to make smarter NFL bets, and help readers determine which teams are offering value.

We’ve seen a few teams open as underdogs when lines were posted for Week 1 that are now favored in their respected season openers. There has been notable line movement in Philadelphia, Arizona and Tennessee’s favor leading up to kickoff, so we’ll break down some of the factors contributing to the movement in each matchup.  The first game we’ll focus on will be the Redskins vs. Eagles.

Philadelphia moves from +3 to -1 at Washington

The line movement in the Eagles favor can be attributed to over 60% of money backing Philly in this NFC East showdown. While the the bet percentage isn’t as lopsided (57% of bets on PHI versus 43% of bets on WAS), it is clear that sharp money has been coming in on Philadelphia and oddsmakers have adjusted accordingly.  Philly bettors beware, however, the Eagles are 0-6 against the spread in the past six games against the Redskins, meaning they have not covered a spread against Washington since 2013.

The Cardinals are in a similar spot to the Eagles. Since opening, most of the sharp action has been on Arizona.

The Cardinals have covered in the past four meetings between these teams, and are 6-1 against the spread in the past seven games vs. Detroit.

A popular pick as a breakout team in 2017, the Titans have already seen a 4.5 point line move in their favor, despite receiving only 41% of bets. They have accounted for 60% of the money, however, indicating that sharp money is behind Tennessee. If the field goal spread raises caution, there are still books offering  Tennessee -2.5, keeping you below the key number of 3.

There’s plenty to unpack in tonight’s NFC East showdown. This line has been as high as 6.5 and as low as 3. Ezekiel Elliott’s favorable court ruling certainly has helped the Cowboys’ chances, and we’ve seen the line move about a full point toward Dallas since he became eligible to play. It’s also appearing unlikely that Odell Beckham Jr. (ankle) will be able to go for New York, but the Giants are still receiving more than half the bets, perhaps creating some reverse line movement value on Dallas.

Bills Biggest Week 1 Favorite at Many Sportsbooks…Wait, What?

How has Ezekiel Elliott’s Return to Week 1 Impacted the Cowboys Giants Game?