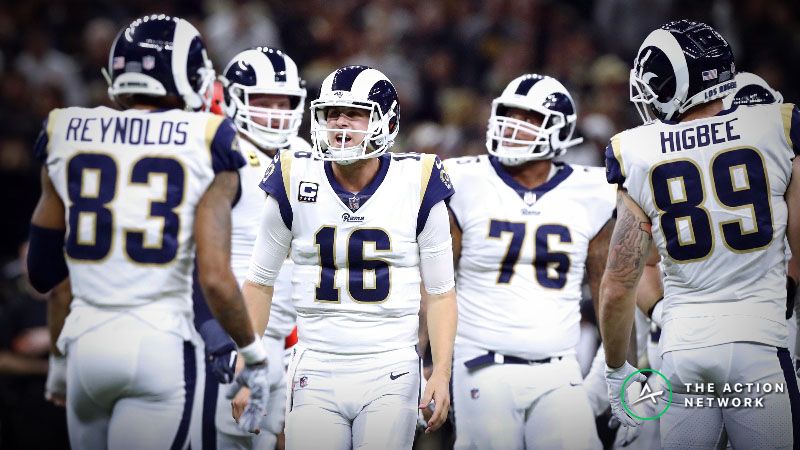 The New England Patriots are 2.5-point favorites over the Los Angeles Rams in Super Bowl 53 and more than 80% of spread tickets and dollars are backing Tom Brady and Co.

Bookmakers and the public favor the Pats, but not The Action Network’s model which uses player and team statistics to simulate the Super Bowl 10,000 times.

According to the math, the Rams, and not the Patriots, should be favored.

On average, our simulations have LA winning by 1.1 points.

The numbers suggest there is more than a field goal’s worth of value on the Rams. But can we trust the simulations?

These results include the playoffs, where the model is 7-3 ATS.

With the public on the Pats, bookmakers predict the Super Bowl 53 spread will move to New England -3. When the line moves to the key number of 3, I will be betting the Rams.