2017 MLB Betting Against the Public Report 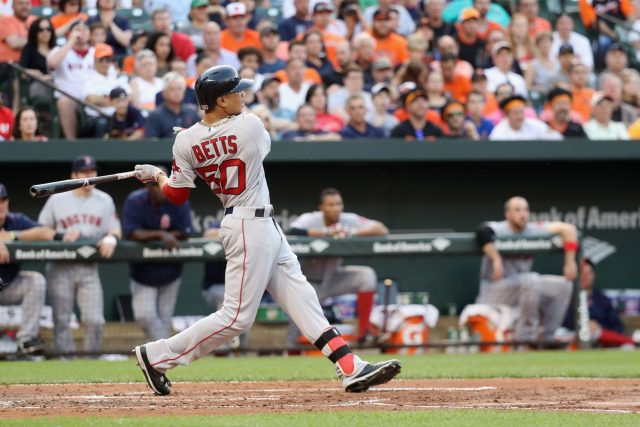 2017 MLB Betting Against the Public Report

This article was originally published on March 28, 2017

Past research has conclusively proven that betting against the public will produce a positive return on investment, although many bettors are confused about why this is such a successful strategy. Contrary to popular belief, oddsmakers do not attempt to balance their book by attracting 50 percent of the action on each side. Instead, they shade their opening lines to capitalize on public perception. Throughout the day, sportsbooks allow their sharpest bettors to shape the line.

We advocate a contrarian approach to sports betting which, much like contrarian investing, is characterized by holding opinions in contrast to the prevailing sentiment. By capitalizing on overreactions and the predictable actions of casual bettors (sometimes known as squares), a contrarian can exploit mispriced or artificially inflated lines. In other words, whenever the public zigs, we zag.

Most oddsmakers are able to anticipate which games will take one-sided public betting, so they will shade their opening lines to account for the predictable flood of public money. If the liability becomes too great, they will adjust their number to encourage action on the other side, thereby mitigating some of their risk.

Prior to the start of every season, we release a series of betting against the public articles which discuss the optimal thresholds for fading the public. Using the public betting percentages from our contributing sportsbooks, I have analyzed nearly 30,000 games from our historical database to break down the sweet spot for contrarian betting. As you can see, our past systems have been profitable since their initial publication:

Although these systems have been incredibly lucrative, blindly betting against the public isn’t necessarily an effective strategy as you can see from the table below.

It’s also interesting to note that although the ROI increases as we look at games with increasingly one-sided public betting, the win rate actually drops. That’s because casual bettors love taking winning teams, and they are willing to lay the juice to take the league’s best teams and top pitchers. That has historically created value on larger underdogs. It’s also worth noting that oddsmakers respect the opinion of their sharpest bettors, and won’t adjust based on public money if those sharps have taken a side.

“It really has to be largely one-sided without much sharp involvement,” stated Scott Cooley, a spokesman for Bookmaker.eu. “If we have 90 percent of the public on one side and two wiseguys on the other, we aren’t going to shade toward the ‘smart’ side because of the lopsided action. We respect where our sharp bettors are.”

As noted in a recent article, the Pinnacle MLB steam move has been incredibly profitable for bettors and it’s one of the best identifiers of sharp money. Since sportsbooks will only adjust their lines based on public money in games where sharp money isn’t involved, I wanted to examine the same contrarian strategies when no Pinnacle steam moves had been triggered on the public side. This simple addition led to improved returns at almost every data point.

Casual bettors have a greater impact on line movement in baseball than they do in other major sports, and that’s largely based on long grind of the 162-game regular season. Additionally, it’s easier for sportsbooks to move a moneyline a few cents than it is to adjust a point-spread — particularly if you’re dealing with a key number. “[Public money] plays more of a role than most sports because of the sheer volume of games,” confirmed Cooley. “The sharps aren’t involved in every matchup every night, so when they aren’t, we’ll adjust the numbers if we’ve got too great of public exposure on one side. Also, since we’re mostly dealing with moneylines we can adjust for public action in small increments.”

As I’ve stated repeatedly, the public loves betting favorites and overs, which is why most contrarian strategies focus on underdogs and unders. It’s human nature to root for winners and scoring, and the media’s propensity to overhype these teams only exasperates this tendency. Sportsbooks understand this tendency and shade their lines to exploit the casual bettors. “We absolutely shade for the popular teams,” said Cooley. “Shading while not enticing the sharps too greatly is a bit easier in baseball because of the moneylines.”

Since 2005, the majority of moneyline bettors (more than 50%) have taken the underdog in just 18.47% of all games. Looking at games with drastic one-sided public betting, it becomes abundantly clear that public bettors prefer taking favorites. Of the 11,158 games in which one team received less than 30% of moneyline tickets, 10,693 were underdogs and just 464 were favorites.

Past research has found that underdogs have provided added value in games with high totals, as the increased scoring leads to more unpredictability and variance, which has benefitted the team getting plus money. A high total can be defined by any game where the over/under is 8.5 or greater, so I wanted to see whether our previous strategies could be improved by focusing on underdogs in these high-scoring games. Not surprisingly, this alteration caused the ROI to spike at every data point.

There are many additional trends that bettors should take into consideration before implementing a contrarian strategy. Although monitoring the ticket count is more important in college athletics where the number of bets ranges dramatically from game to game, there’s still increased value fading the public in the day’s most heavily bet games. Sportsbooks are more likely to adjust their moneyline in games where they have significant liability, to it’s imperative that bettors target heavily bet games with extremely one-sided public betting.

It’s also worth noting that there’s a false narrative which dictates that sharp bettors only take underdogs and therefore there’s never value on the favorite. That’s patently false, and sharps are more than willing lay the favorite if they’re being mispriced. That said, the majority of public bettors consistently take the chalk so our contrarian strategies will focus on underdogs. These ‘dogs have been historically undervalued in divisional games, as the familiarity between teams levels the playing field which again benefits the team getting plus money.

Bettors can also take advantage of reverse line movement — i.e. line movement that contradicts our public betting trends. If the Tampa Bay Rays are only receiving 20% of moneyline tickets against the Boston Red Sox, but the Rays unexpectedly drop from +140 to +130, it’s a strong indicator that sharp money is fading the public and backing the underdog. All of these historical can be combined into one profitable betting system, as you can see from the tweet below.

Betting against the public is the foundation of our contrarian plays, and those picks have been extremely profitable since their inception in 2008. Our MLB contrarian plays earned +9.8 units last season and +125.8 units all-time.