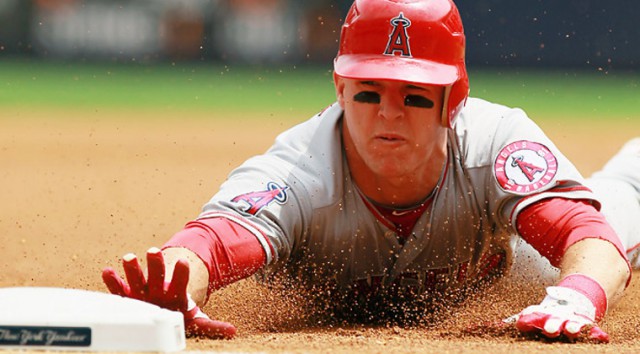 Editors Note: This article was initially published on March 25, 2016:

The sports betting marketplace is constantly evolving, but betting against the public continues to be one of the most consistently lucrative strategies. By tracking public betting percentages from seven prominent offshore sportsbooks, we are able to accurately determine which teams’ bettors are taking and what factors are contributing to line movement. Our recently added money percentages help provide additional insight into the betting market.

We have gone to tremendous lengths to conclusively prove that the MLB Betting Against the Public strategy will produce a positive return on investment (ROI) and every new season we update the betting percentage data and tally our earnings.  Using our Bet Labs software, we have examined over 27,000 games to determine the optimal level for betting against the public.

We should start by pointing out that the public loves to bet favorites and overs, so most of our contrarian betting systems will focus on underdogs and unders. It’s human nature to root for winners and scoring, and the media’s propensity to over-hype these teams only exasperates this tendency. Sportsbooks understand this and shade their lines accordingly.

Imagine the sports betting marketplace as a seesaw. If too many bettors load up on one side (typically caused by an overreaction to recent results), oddsmakers need to even the weight by adjusting the line and encouraging action on their opponent. These shaded lines create additional value for contrarian bettors that are willing to take the unpopular side and go against the grain.

Although this system was highly profitable, we did want to ensure that our new system would produce a higher volume of plays. Over the past eleven years, the 2015 MLB Betting Against the Public system has averaged 47 plays per season but that number has dipped to just 21 plays per season over the last three years. As long as we were able to maintain a respectable ROI, the increased number of plays would lead to more units won and therefore greater profits over the course of the season.

In the past, we have found that underdogs have performed exceptionally well in games with high totals. When games are expected to be high-scoring there tends to be more unpredictability and this volatility disproportionately benefits the team receiving plus money i.e. the underdog. Our research found that bettors would have gone 6,847-8,886 with +48.9 units won by taking every underdog when the closing total is at least 8.5.

Once we had created this profitable baseline, we wanted to utilize our public betting trends to find the sweet spot for betting against the public. The table below displays how underdogs with high totals perform when we examine increasingly one-sided public betting.

As you can see, underdogs receiving less than 30% of moneyline bets have gone 2,489-3,470 with +124.78 units won which makes it the most profitable range for contrarian betting. Our next step was to determine the best moneyline range using our archived line histories.

Last season we explained how a lot of value was lost to the juice when taking massive moneyline underdogs, and found that the optimal moneyline range teams who closed between +120 and +200 at Pinnacle. This addition caused our return on investment to increase from 2.1% to 3.2% without significantly altering our sample size.

A large part of our contrarian strategy involves going against public perception and challenging conventional wisdom. We constantly advocate that bettors buy on bad news and sell on good. Most uneducated or “square” bettors will overreact to recent results and tend to overvalue the league’s elite. For that reason, there’s typically value taking teams after a loss or fading teams atop the standings.

Since the league’s top teams typically win between 95-100 games each season, we decided that team’s with a winning percentage of at least 60% would be considered elite. Our hypothesis was that there would be tremendous value fading these upper echelon teams, but the results were nothing short of astounding. This simple addition caused our return on investment to skyrocket from 3.2% to 15.9%. That’s nearly five times higher!

This system alone would be highly profitable, but there was one more theory that we wanted to test. We have all heard people argue that baseball is boring with some even stating that it’s not a real sport. These same individuals will typically point out that players like Pablo Sandoval, Prince Fielder and Bartolo Colon are woefully out of shape, and they’re absolutely right. They will inevitably conclude that there’s almost no running in baseball and therefore it can’t be physically exhausting. This seemed like the perfect opportunity to take a contrarian viewpoint.

Baseball is a long grind with a grueling 162-game schedule. Each game may not be physically exhausting like hockey or football, but it takes incredible focus and dedication to play at a high level. We believed that this oversight would create additional value when betting against tired teams. In fact, when the opposing team has played at least six games in the past seven days, our return on investment increases from 15.9% to 20%.

When building a winning betting system we look for a strong driving hypothesis, significant sample size and consistent year-to-year results. We have consistently seen the success of betting against the public, and this system has over 700 past matches and only one losing season (2008) over the past eleven years.

The results graph below, which utilizes line data from Pinnacle, displays the year-to-year results of our system.