Betting Against the Public in Heavily Bet NCAAB Games 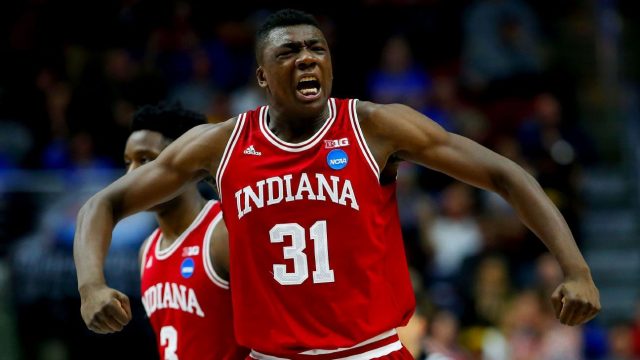 Betting Against the Public in Heavily Bet NCAAB Games

The 2015-16 college basketball season ended in the most dramatic fashion possible, with Kris Jenkins knocking down a buzzer-beating three-pointer in the national championship, as the Villanova Wildcats defeated the North Carolina Tar Heels. This surprising victory topped off yet another profitable postseason run for the sportsbooks, as Villanova was largely ignored by the majority of spread bettors.

What’s responsible for this sizeable difference in performance? There’s something to be said about the sample size, but a much larger factor involves the volume of bets placed on each game. “Public betting has very little impact on the college basketball oddsmaking landscape, particularly early in the season when the majority of our handle is from sharper players,” according to Scott Cooley, an Odds Consultant for Bookmaker.eu. “We don’t do a ton of shading in college basketball. But if there’s a big TV game that’s generated a lot of hype, we may consider moving a little bit toward the chalk.”

To understand why betting against the public is an effective strategy, it’s important to understand the inner workings of a sportsbook. The point spread isn’t the predicted margin of victory, nor are oddsmakers attempting to balance their book by attracting 50 percent of the action on each side, thereby mitigating any risk. The truth is that sportsbooks shade their opening lines to capitalize on public perception and allow their most-respected clients to shape the line.

Balanced books are a myth, and oddsmakers are willing to have liability if they believe they’re on the right side. Sportsbooks aren’t in the business of minimizing risk; they’re in the business of maximizing profits. That means sportsbooks won’t adjust their number based on public betting unless there’s massive liability on one side. Those are almost exclusively marquee rivalry games with extreme levels of one-sided public betting.

Our numbers validate that sentiment, with contrarian strategies posting negative returns during the regular season.

As you can see, betting against the public on college basketball doesn’t post a winning record until we reach the 25% threshold. Even at the optimal level of contrarian betting, this strategy doesn’t cover the spread at a high enough rate to overcome the standard juice charged by sportsbooks. However, these results include many games where sportsbooks have zero incentive to shade the opening line or adjust the spread based on public betting.

“The small conference games are mostly targets of sharps, so we don’t shade those and just let the action dictate movement,” according to Cooley. Oddsmakers have to consider public money in heavily bet games, but they’re only concerned with sharp bettors in these less popular games.

Sportsbook Insider subscribers are able to view the number of bets placed at two of our seven contributing sportsbooks, which helps indicate which games are receiving the most action. Using this data, I looked at how every game compared to the daily average and filtered out any game with minimal public support.

The table below displays the results from betting against the public when that game received at least the daily average. That means if there are 50 games on a given day and we tracked 200,000 total bets, we would only include games where we tracked at least 4,000 bets.

As you can see, the ROI improved modestly at almost every data point but these results aren’t actionable. However, when we look at games where the number of bets tracked is at least twice the daily average, there’s a sizeable shift. That edge continues to grow at every data point when we look at games with three and four times the daily average number of bets.

Sportsbooks shade their opening lines to capitalize on public perception and, assuming books don’t receive balancing action from their sharpest bettors, one-sided public betting will continue to inflate the number, which creates additional value for bettors willing to back the unpopular side of a game. This is the sports equivalent of contrarian investing — find out what everybody else is doing, and do the exact opposite.

At Sports Insights, one of our main philosophies is to fade the public and take an unpopular viewpoint. Whenever the public zigs, we zag. This strategy may be simple, but it’s also proven to be quite profitable historically.

In the sports betting marketplace, we often reference two types of bettors: “sharps” and “squares.” A majority of bettors are considered to be squares — casual weekend warriors who place their wagers mainly based on instinct. These individuals overwhelmingly pound favorites and overs, which has historically created value on underdogs and unders.

On the other hand, sharps are typically defined as wise guys or betting syndicates who place large bets based on data analysis, historical trends and model building. These individuals (or groups) can single-handedly move the market by spreading five- to six-figure bets across multiple sportsbooks.

There are relatively few square bettors during the college basketball regular season — especially in early season games where most casual bettors are solely focused on football. For that reason, oddsmakers will usually adjust their lines based on sharp action. It’s only in the most heavily bet games featuring extremely lopsided public betting that you can find value going against the grain.

The number of bets statistic is proprietary Sports Insights information that is available exclusively to Sportsbook Insider subscribers. Sign up for a 4-day Pro trial and you will also receive real-time odds, public betting trends, money percentages, e-mail alerts, our in-house Best Bet picks and much more.