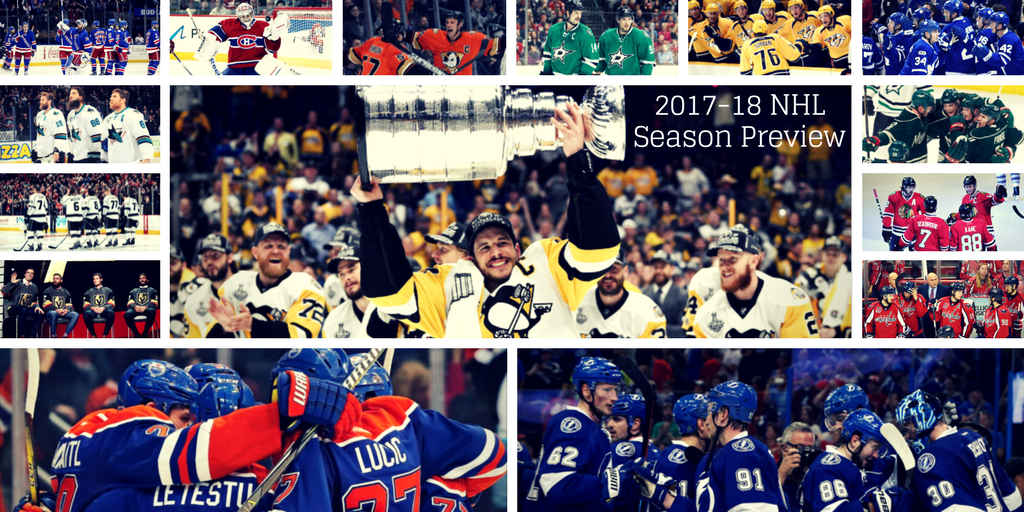 The 2017-18 NHL season is ready to begin with a brand new team: the Vegas Golden Knights. Since the summer, we’ve been updating futures including Stanley Cup odds, Point Totals, Playoff chances and more, which we’ve highlighted below:

Season Point Totals: The most popular Over bets at Bookmaker are the Sharks (95.5), Wild (96.5), Kings (89.5) and Flames (94.5). It just so happens that all these teams reside in the Western Conference, so a couple are bound to go Under.

The most popular Under bets at Bookmaker are the Ducks (105.5), Penguins (105.5) and Lightning (103.5). These are the highest team point totals so it’s no surprise that there’s action on the Unders. Personally I think there’s tremendous value on the Ducks Under 105.5 since they’ll be dealing with a number of early-season injuries.  They finished with 105 points last year with a great home record and strong finish (8-0-2), but I think they’ll end up in the high 90s this season.

Make and Miss Playoffs:  The Ducks (-850) and Penguins (-800) have the best odds of making the playoffs while the Golden Knights (+900) have the worst. Yes, Vegas is an “expansion” team but the roster isn’t that bad, and I’d be more inclined betting them to make the playoffs than teams like the Canucks (+700) and Avalanche (+800).

I’m a believer in the Panthers at +270 to make the playoffs this year. They do have some holes in the roster but the core is very solid and young, and they have a reliable starting goaltender. Last year was difficult for them as they struggled early, dealt with injuries, and changed coaches before the halfway point. This season should be more like 2015-16 where they won the Atlantic Division, so I’d bet on them to make it into the playoffs.

Divisional Odds: Not a ton of movement in the Atlantic Division, but bettors like the Lightning (moved from +300 to +250). Tampa Bay is the favorite to win the Atlantic while the Red Wings have the longest odds at +2500.

You’ll get plus-money odds on every team to win their respective division, so there should be some value out there.

Hart Trophy Odds (MVP): It looks like it’ll be another battle between the two best players in the world: Connor McDavid (+150) and Sidney Crosby (+250). Auston Matthews has the third-best odds at +850 followed by some more familiar faces like Ovechkin, Kane, Tarasenko, and Malkin. Unless Crosby or McDavid get hurt, I don’t see anyone else winning the award.