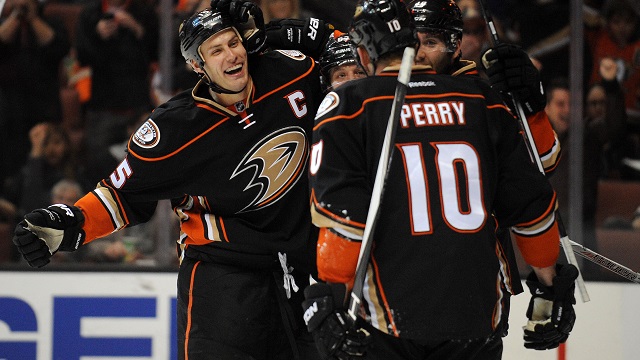 We’re in the NFL offseason home stretch, but the NHL and NBA are still over a month away and there are still props and futures yet to be released.

Yesterday afternoon, the Westgate superbook in Las Vegas was the first book to release point totals for the NHL. About six weeks ago, BetOnline released win totals, but that doesn’t really paint the entire picture given the NHL’s point system. They are a good point of comparison, though, as Westgate’s win totals for NBA were much different than BetOnline’s for some teams.

The oddsmakers at Westgate are giving credit where credit is due, as the reigning Stanley Cup champion Penguins top the Eastern Conference at 104.5 points. They’ll still essentially have their entire core from last season and will look to Matt Murray to fully take over the starting goaltender’s role with Marc-Andre Fleury heading to Vegas.

Though the Capitals have led the NHL and have recorded at least 118 points in each of the past two seasons, their total is just 103.5. I would imagine lots of bettors will be taking the over for this total given their past regular season prowess.

One team I believe has value is Toronto. At 94.5 points, Westgate basically has them at their 2016-17 total of 95. This team is loaded with young talent, most notably Auston Matthews, but also William Nylander, Mitch Marner, and Morgan Reilly. They added a veteran leader in Patrick Marleau and I expect that they’ll be able to improve on their record from last season with his help and the maturation of their young stars.

The Ducks lead the way in the west and NHL with 106.5. They made some noise in the playoffs last season before ultimately falling to Nashville in the conference finals and have been very consistent in the regular season, posting at least 103 points in each of the past four seasons. They have a great group of veterans, led by Ryan Getzlaf, Corey Perry, and Ryan Kesler and have several promising young defensemen that will only get better with age.

Perhaps the best team of the past decade, the Blackhawks, may be on the back nine of their dominant stretch. Last season, they managed to finish the regular season with 109 points, but were swept in the opening round of the playoffs by Nashville. Many of the players that have been with the team for a while have had to play close to 100 extra games this decade due to their long postseason runs. With Marian Hossa out for the season due to a skin condition, they’ll have to rely even more on young, unknown players for contributions. Patrick Kane, Jonathan Toews, Duncan Keith, and Brent Seabrook should get the team to the playoffs on their own, but Westgate is clearly expecting a dropoff with their total set at just 99.5.

The newly founded Golden Knights set the floor at 68.5. Will James Neal or some of his Vegas teammates be tempted to walk down the strip and put some cash on their win total or not? Only time will tell…

Hockey may not be as popular as football or basketball, but we will still do our best to provide NHL betting coverage throughout the season.