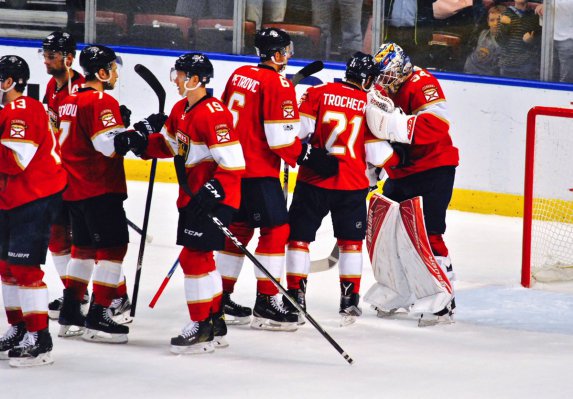 Which teams are most likely and least likely to make the NHL Playoffs for the 2017-18 season? The table below shows odds from 5Dimes for all teams including the expansion Vegas Golden Knights, who are 9/1 to reach the postseason in their first season.

Anaheim and Pittsburgh have the best odds to make the playoffs, followed by Edmonton, Washington, Tampa Bay and Chicago.

Vegas has the worst odds to make the playoffs, followed by Colorado, Vancouver, and New Jersey.

Although the Florida Panthers struggled last season, I think there’s some value on them at +270 to make the playoffs this season. Last year they had to deal with a number of injuries and an early season coaching change. This season they return a very solid young core (Barkov, Bjugstad, Ekblad, Huberdeau, Trocheck), a reliable veteran goalie (Luongo), and a brand new start with head coach Bob Boughner. In my opinion, this Panthers team is closer to the 2015-16 division winners rather than the 2016-17 sixth-place finishers.

Which underdogs do you think will make the playoffs in 2017-18? Feel free to leave your comments and thoughts in the space below.