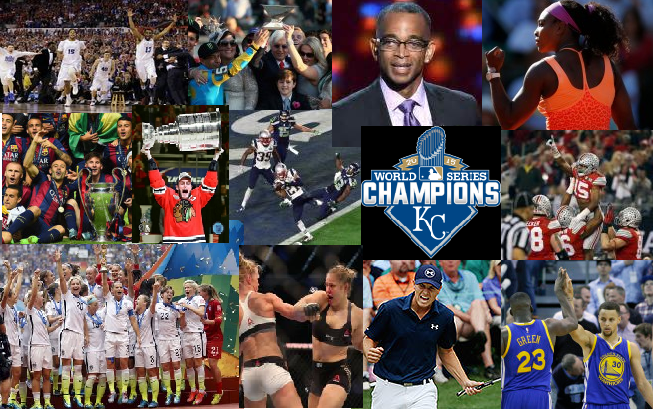 As we approach the end of 2015, we’ve taken a look at the year’s title winners, most profitable teams and biggest upsets, as well as highlighting the progress we’ve made at Sports Insights, including new features and improvements, popular posts, best tweets and more.

Biggest Upsets of the Year:

Sports Insights In the News:

-We’ve had another strong year providing live odds and betting trends over at ESPN Chalk. We’ve also continued to contribute to ESPN Insider with weekly NFL articles as well as an NCAAF Bowl Preview.

-We’ve also been featured on websites like BettingExpert.com and discussed on podcasts such as Chad Millman. You may have also heard our ads on the CBS Sports Online Streaming in some key markets like Las Vegas, Boston, and New York.

-Over the last year we’ve added a new membership on our Mobile Odds platform called the Mobile Advantage. This is a mobile-only membership and gives bettors access to live bet signals and unlimited sportsbooks.

-We’ve recently started to offer a completely free version of our Bet Labs membership over at BetLabsSports.com. Our founder Daniel Fabrizio has also developed a new website for fantasy sports players called FantasyLabs.com.

Here is a great tribute video to Stuart Scott, who passed away at 49 this morning: http://t.co/VyVyLfi6Ia

The Thunder would not make the playoffs if they started today, yet they have better odds of winning the title (+770) than the Hawks (+800).