2015 NFL Betting Against the Public Report 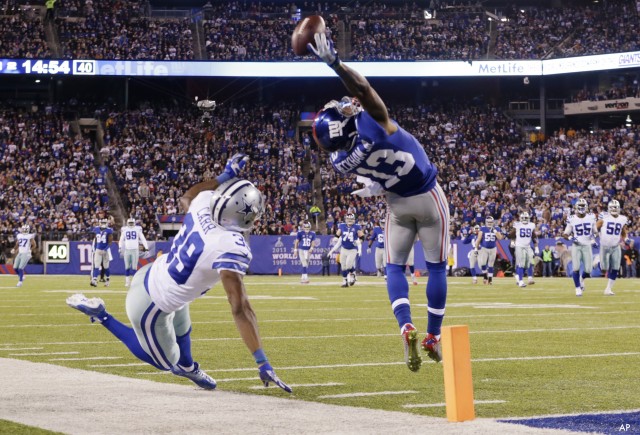 2015 NFL Betting Against the Public Report

Editors Note: This article was initially published on August 21, 2015:

Before every season, the team at Sports Insights publishes a series of Betting Against the Public articles which highlight the sweet spots for contrarian betting. The ideal range differs from sport to sport, but typically these systems focus on teams receiving less than 30% of public bets at our seven contributing sportsbooks.

We have spoken at length about various high end trends that bettors can utilize when handicapping NFL games. Since the start of the 2003 season, visitors have gone 1,511-1,452 ATS (51%) while underdogs have gone 1,490-1,483 (ATS). While neither of these trends are profitable on their own due to the juice/vig charged by sportsbooks, they highlight important filters to consider when creating a new betting system.

One of our most popular contrarian NFL betting systems is the 80/20 rule which focuses on underdogs receiving less than 20% of spread bets. In our latest update, we pointed out how underdogs of at least seven points were particularly profitable in conference games. This is because familiarity between teams levels the playing field, which disproportionately benefits the team getting points.

For the upcoming season, we wanted to switch things up and create an entirely new betting against the public system using the top historical trends we had found over the years. We also wanted to ensure that our newest system would produce a higher number of results. Although our latest 80/20 betting system has been extremely lucrative, there are typically only three system matches per season.

In order to create our betting system, we first wanted to know the most profitable range for contrarian betting. After narrowing our scope to focus on underdogs, we found that teams receiving less than 25% of public bets were actually the most profitable during the regular season.

Contrarian betting is a broad term which not only encompasses the concept of betting against the public, but also taking an opposing view on other widely held opinions. In theory it’s simple to recommend buying low and selling high, but when push comes to shove bettors are often unwilling to take the necessary steps. This includes fading the league’s top teams, taking teams in the midst of prolonged losing streaks, and consistently betting non-playoff teams.

One of the most simple and profitable contrarian strategies that bettors can employ is simply wagering on teams following a loss, or better yet, a blowout loss. Broadcasters and analysts will spend all week overreacting to a subpar outing, and this often creates artificially inflated lines for the following week. When dogs receiving less than 25% of spread bets have lost the previous week, their return on investment (ROI) increases from 7.4% to 10.8%. When that team lost the previous game by at least a touchdown (7+ points) that ROI soars to 17.3%.

With over 200 past system picks and consistent year-to-year results, we already had all of the necessary criteria for a winning betting system; however, there was one additional factor that we wanted to encompass.

In the past we have discussed the importance of key numbers and always shopping for the best line. Simply getting an extra half-point can increase your long term winning percentage by 2%, and that half-point is particularly important when dealing with key numbers.

Over the past 12 years, an astounding 18.69% of all games have been decided by exactly three points. Knowing that, we wanted to focus on underdogs of 3.5+ points, since this could potentially turn a number of pushes into victories. This simple addition had minimal effect on our sample size, but increased our winning percentage by 2.3% and our ROI by 4.2%.

This system has averaged nearly 15 matches per season, which translates to roughly one pick per week during the regular season. It’s also interesting to note that this system went 10-4 ATS (+5.61 units) last season and 9-4 ATS (+4.30 units) during the 2013 season.

Interested in our College Football and NFL Bet Bet picks? Get them instantly with a 4-day trial of our Sportsbook Insider Pro Membership.