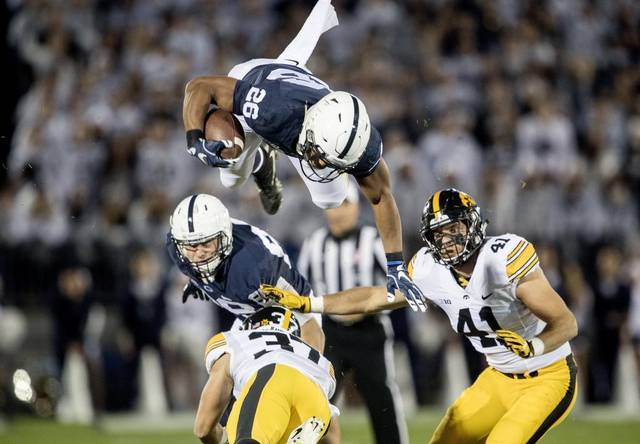 Heading into Week 4 we had been noting the success of underdogs ATS, especially big underdogs. That trend continued into this weekend and there were a few outright wins mixed in as well.

Not a ton of non-conference action this week but the SEC went 0-3 ATS in those games. ACC went 4-2 ATS.

Butch Jones is in serious trouble at Tennessee– he was already the +150 favorite to be 1st SEC coach fired and the Vols (75% of bets) barely escaped with a 17-13 home win over UMass as 28-point favorites. The Minutemen got their first cover of the season (now 1-4 ATS).

Iowa nearly pulled off the upset over Penn State but couldn’t quite hang on:

#PennState (-13) game-winning TD over #Iowa with no time left pic.twitter.com/cKFZLFZomK

Kentucky nearly snapped their losing streak against Florida but it extended to 31 games after falling 28-27. Wildcats did cover +3, though. Kentucky last beat Florida in 1986.

Purdue kept it close for a while against Michigan but the Boilermakers failed to cover, losing 28-10. The Boilermakers were a trendy underdog during the week until bettors caught on.

Bettors had given up on Baylor after a terrible start (0-3 ATS) this season and poor last season (3-9 ATS). They closed +28 against Oklahoma but hung in there and covered, losing 49-41. Bears closed with just 11% (!) of tickets.

Kansas football has been bad for quite some time now, but luckily they rewarded most bettors this weekend by covering +24 against WVU (lost 56-34). No one wanted to bet the Jayhawks either, as they closed with just 17% of wagers.