How to Bet NFL 2nd Half Lines 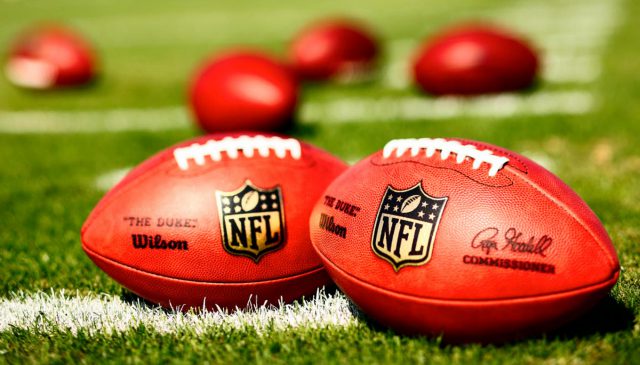 How to Bet NFL 2nd Half Lines

Although most of the football strategies I discuss in this space involve betting on the full game line, there are a myriad of ways that bettors can find value and maximize their investments. One method that I don’t often mention is second half betting, which can be utilized to create middling opportunities for anybody looking to mitigate their risk.

For anybody who is unfamiliar with the concept of second half (2H) betting, it’s actually quite simple. Whenever a game goes into halftime, oddsmakers will quickly post lines for the second half of the game. This solely reflects the outcome of the second half; not the final score. These lines are only available for 15-20 minutes and this short time frame creates a unique opening for bettors.

Sportsbooks have limited time to set second half lines, and they’re typically being forced to set several lines simultaneously. This is the oddsmakers worst nightmare. With limited preparation time and an inability to pay close attention to every ongoing game, oddsmakers are more likely to make mistakes that can be exploited by sharp bettors.

My past research found that a majority of NFL bettors have taken the favorite in roughly 80% of all regular season games played in the past 13 seasons, and this has historically created value on underdogs for the full game spread. We have also found that betting against the public — particularly teams receiving less than 25% of spread bets — has been highly effective.

Unfortunately, there are significantly fewer bets placed on the second half line as opposed to the full game line, and that decreased volume adversely affects most of our contrarian strategies. As you can see from the table below, betting against the public has not been an effective strategy for second half bettors.

Although my research found that fading the public hasn’t been effective for second half bettors, that’s hardly a revelation. As I found when researching NBA second half betting strategies, the value derived from betting against the public is directly correlated with the number of bets placed on a game. That meant I would need to examine additional contrarian viewpoints.

It’s worth noting that although second half underdogs have struggled, there has been value taking big second half ‘dogs. Contrarian betting means going against the grain and buying on bad news, which includes backing the perennial cellar dwellers and fading the league’s top teams.

Using Bet Labs software, I found that second half underdogs of at least 7-points have gone 131-90 ATS (59.3%) in regular season games. That win rate improves noticeably in conference games, where the familiarity between teams levels the playing field.

The win rate for teams fitting these criteria is slightly higher for road teams than home teams, but it has been profitable regardless of venue. I should also point out that most of these past matches were large underdogs on the full game spread who were winning at halftime. In fact, 63.3% of these past matches were double-digit underdogs on the full game spread while 68.3% outscored their opponent in the first half.

This was an important development because my analysis on NBA second half betting found that public bettors will almost always gravitate towards the team that’s trailing at halftime — especially if they were favored on the full game spread. When the favorite is losing at halftime, their second half spread will always be more attractive than the closing full game spread.

Casual bettors believe they’re getting an excellent number at halftime — one that wasn’t even available before the game. However, they don’t seem to concern themselves with the first half results. If the Patriots closed as 10-point favorites and they’re losing by 7-points at halftime, the second half line may open New England -7. For many bettors, it’s tantalizing to take an elite team as a pick ’em when the closing line was ten points worse. This is flawed logic since each half needs to be treated as a separate event.

I believed that based on this tendency and the ability of oddsmakers to shade their lines to account for public perception; there would be tremendous value taking second half teams that are leading at halftime.

After sorting through our historical archive, I found that there has been a direct correlation between large first half leads and higher winning percentages. The table below examines the performance of teams that are winning at halftime using several key numbers for football bettors.

For the sake of comparison, I chose to examine two different criteria:

Teams boasting a double-digit lead at halftime have been profitable with a 53% win rate, but the sweet spot comes when teams are winning by at least three possessions (17+ points) at halftime. Since 2003, teams fitting those criteria have gone 256-197 ATS (56.5%) with +36.5 units won. That means that $100/game bettors would have earned more than $3,600 by simply taking every team with a massive halftime lead on the second half spread.

It’s interesting to note that for both the first half margin and first half spread margin, there’s a direct correlation between larger halftime leads and an increased return on investment (ROI). That goes against the popular belief that teams who struggle in the first half are likely to make the necessary halftime adjustments or score a meaningless, last minute touchdown to pull off the backdoor cover.

We already knew that favorites have offered a slight value on the second half line, but what happens when that favorite is also winning by at least 10-points?

Scott Cooley, an Odds Consultant for the market-setting Bookmaker.eu, helped provide some insight into public betting patterns. “In general, public bettors do side with the team that is trailing, and it becomes an overwhelming majority if the trailing team was favored to begin with,” said Cooley. “The square player is usually hesitant of backing the team up big because they’ve already missed a better number.”

Essentially, casual bettors are unwilling to take big favorites on the second half line because they feel like they already missed their opportunity and/or they are unwilling to double down on their original bet. They may also be more hesitant about taking second half favorites with a large lead because they are looking for a middling opportunity.

As an example, let’s say you have already bet on the Seattle Seahawks (-6.5) against the Los Angeles Rams. If the ‘Hawks are leading by 14-points at halftime, you’re in great position to win your bet — but there’s always the chance that Rams turn things around and cover the spread. However, you can easily mitigate that risk by betting the second half line.

For argument’s sake, we will pretend that the Seahawks open as 2.5-point favorites on the second half line. By betting the Rams +2.5, you have guaranteed that at least one of your bets will win. If Seattle wins by 7-points or more, your full game bet would win. If Los Angeles wins straight up or loses by 16-points or fewer, your second half bet would win. If the final score lands within those ranges (Seattle -7 and -16), both of your bets would win.

Since bettors are likely to take the favorite on the full game line, it is increasingly likely that they will take the underdog on the second half line in order to create this middle opportunity. That said, oddsmakers won’t typically adjust their second half spreads to prevent middling opportunities.

“Middles will be available at halftime regularly so we won’t shade based on that opportunity,” according to Cooley. “Where we might shade is if we have a ton of liability on one side of a spread or total. Also, we may shade a bit if a sizeable favorite is losing.”

To summarize, these are three of the most effective strategies for NFL second half spread bettors:

It’s true that there are substantially fewer bets placed on the total as opposed to the spread, but there’s still tremendous value for opportunistic second half bettors. Since 2003, second half overs have won at a 50.3% rate. When the opening second half total is 20 or less, that win rate improves to 53.1%. When the first half total didn’t go over, that win rate leaps to 55.5%.

Historically there has been more value betting overs when there’s a low total, and that trend persists on the second half line. We always stress the importance of buying on bad news to capitalize on the public’s tendency to overreact to recent events, and clearly bettors assume that a low-scoring first half is an indicator of a low-scoring second half. Contrarian bettors can capitalize on this sentiment by taking the over after a low-scoring half.

All of the trends and systems mentioned are available in the Bet Labs Think Tank, and can be copied by any active subscriber. Skeptical about signing up? Our readers can create up to five different NFL spread systems for free!