How to Bet NBA 2nd Half Lines 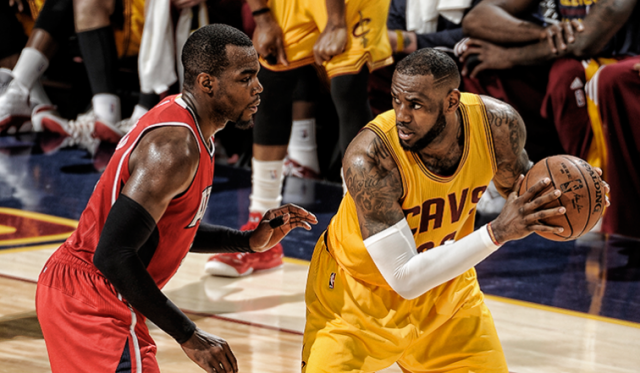 How to Bet NBA 2nd Half Lines

We don’t discuss it very often, but NBA bettors can regularly find value by taking second half lines. For bettors who have already taken the full game spread, there are frequently opportunities to hedge your bet and create win-win situations. That is more commonly known as middling.

As an example, let’s say you have already bet on the Atlanta Hawks (+7.5) against the Cleveland Cavaliers. If the Hawks are leading by 9-points at halftime, you’re in great position to win your bet — but there’s always the chance that Cavs storm back to win. However, you can easily mitigate that risk by betting the second half line.

What’s particularly interesting about this bet type is that oddsmakers have limited time to set second half lines, and often times they’re being forced to set several second half lines simultaneously. This means that the lines can more easily be exploited.

We have discussed ad nauseum how oddsmakers account for public perception by shading their opening lines and forcing casual bettors to take bad numbers when they play the popular side of a game. Square bettors have overwhelmingly preferred taking favorites, which has historically created value on the underdog. We wanted to determine whether any of these contrarian strategies could be applied to second half bettors.

One issue is that there are significantly fewer bets placed on the second half line as opposed to the full game line. That posed a problem since the value derived from betting against the public is directly correlated with the number of bets placed on a game.

Although betting against the public produced a winning record for second half bettors, it was still well below the 52.38% break-even point.

Our earlier research had found that the number of bets on the full game line increased considerably between the regular season and playoffs, but we weren’t certain about how second half betting was impacted. To learn more, we reached out to Scott Cooley, an Odds Consultant for Bookmaker.eu.

When asked about how public betting on the second half line changes from the regular season to the playoffs, Cooley said, “In most cases the playoffs garner more action because they are more viewers tuning in.” He went on to say that they take, “quite a bit of sharp action on second half lines, particularly games that are not nationally televised.”

This revelation was fascinating for two reasons: not only did their handle increase during the postseason, but sharp bettors are less prone to wager on games that are nationally televised. We believed this development would make it more advantageous to bet against the public on second half lines during the postseason.

You can see that it has been far more effective to bet against the public during the playoffs, particularly at the 40% threshold. We also knew that underdogs had provided excellent value for full game bettors, so we wanted to know whether that also applied to the second half line.

Using our Bet Labs software, we found that underdogs on the second half line have gone 6,704-6,407 (51.1%) during the regular season and 494-416 (54.3%) during the playoffs. Unfortunately, those results don’t improve substantially based on the public betting trends.

After seeing that some of our traditional contrarian strategies have had mixed results for second half bettors, we believed that we could create an excellent halftime betting system by capitalizing on public perception. Based on previous conversations, we believed that squares have overwhelmingly preferred taking teams that are losing at halftime — especially in marquee, nationally televised games.

Casual bettors want to see a competitive game, and will typically gravitate towards whichever team is losing at halftime. That information was verified by Bookmaker’s Scott Cooley, but with one caveat. “If the underdog is winning, then the general public always wants to take the favorite that is losing. When that happens, especially with a double-digit favorite down, we do account for the expected influx of wagers.”

We believed that based on this tendency, there would be value fading large favorites that are trailing at halftime. Alas, that theory proved entirely misguided. Since 2005, double-digit favorites that are losing at halftime have gone 243-224 (52.0%). When those same favorites are trailing by at least ten points, that record improves to 54-32 ATS (62.8%). This is one of the rare instances where the public’s instincts are right, although we should note that there has only been one past system pick during the playoffs.

It was interesting to find that large favorites have been incredibly profitable when they’re trailing big at halftime, but we wanted to examine more general trends. More specifically, we wanted to ascertain whether bettors are more apt to place a halftime bet on the team that’s winning or the team that’s losing.

Our research found that the team that is winning at halftime receives a majority of second half bets in just 39.1% of all regular season games. During the postseason, that number drops to 36.1%. We believed that oddsmakers would shade their lines to account for that public betting, which would create value for opportunistic bettors — especially when the volume ticks up in the playoffs.

Based on our contrarian strategy, we believed that it would be profitable to bet against the public and take teams — specifically those getting points — that are winning at halftime. The table below displays the record for second half underdogs that are trailing at halftime during the regular season and postseason.

Although there’s a winning record during the regular season and postseason, it’s clearly been a far more profitable strategy during the playoffs and that’s hardly surprising. Bettors already believe that whichever team is trailing is a good bet to come back, but that belief is amplified during the playoffs. That sentiment leads to artificially inflated lines that bettors can exploit.

Let’s continue with our earlier example involving the Atlanta Hawks and Cleveland Cavaliers. If the Hawks are leading at halftime, but they’re a large underdog for the game, it’s a near-certainty that they’ll be an underdog on the second half line. The betting public will likely gravitate towards the Cavs, regardless of the line, because they believe the “better” team will make the comeback. Oddsmakers understand this tendency and will shade their lines accordingly. That’s particularly true during the playoffs when there’s typically only one game being played at a time.

These results confirmed our initial hypothesis, but there was still something troubling. Our previous research found that favorites had covered the full game spread at a 51.5% rate during the postseason. When they were receiving limited public support, that number increased dramatically. If favorites had been so profitable, how were second half ‘dogs posting such impressive returns?

Our first thought was that there wouldn’t be many instances in which the full game favorite is winning at halftime, but listed as an underdog on the second half line. However, further analysis found that 70.6% of teams fitting these criteria were winning by double-digits at halftime. That led us to the conclusion that oddsmakers are concerned by potential middling opportunities.  According to Cooley, halftime hedging is “certainly something we consider, particularly if we have a large liability on one side of the total or spread.”

Since sportsbooks are worried about bettors creating these freeroll opportunities, they’re willing to shade their lines in an attempt to mitigate their risk. If the favorite is winning big at halftime, bettors are more likely to bet on the team that’s losing in order to create a middle. Here’s another quick example:

The Toronto Raptors close as 6-point favorites against the Miami Heat, and take a 15-point lead into halftime. If oddsmakers open the Raptors as a 3-point second half favorites, bettors could take the Heat (+3) to create a middling opportunity between Toronto -6 and Toronto -18. However, if they open the Raptors as 3-point second half underdogs, that middling opportunity shrinks to Toronto -6 and Toronto -12. The book would mitigate their risk of getting middled by offering a shaded line.

The more we thought about this possibility, the more we thought that it would be a lucrative strategy. There’s no reason to think that teams would take their foot off the petal during the playoffs, so bettors would have the opportunity to take the better team as an underdog, at an inflated price.

The screenshot below displays the system’s performance over the past eleven years:

Most of the team’s fitting this system have been favorites with substantial halftime leads, and bettors are often dubious about taking either side of a blowout. “More often than not, the public isn’t interested in betting on a massive number” according to Cooley. “This is true for most sports.”

It’s interesting to note that the number of past game matches on this system have started to wane over the past few years, but it continues to be profitable. This system has gone 52-22 ATS (+25.4 units) since the start of the 2013 NBA Playoffs including a 5-3 ATS record this year. It also features the type of strong driving hypothesis, large sample size, and consistent year-to-year results that we look for in our data-driven betting systems.