How Does the Number of Bets Impact NCAAF Contrarian Betting? 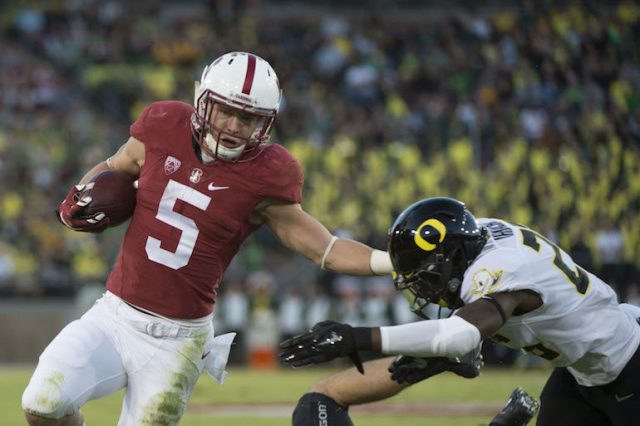 How Does the Number of Bets Impact NCAAF Contrarian Betting?

At Sports Insights, we constantly advocate the importance of implementing a contrarian betting strategy. By going against the mainstream narrative and taking unpopular viewpoints, we have been able to capitalize on market inefficiencies and exploit public perception. One of the most basic and profitable contrarian strategies has been betting against the public, with bettors fading team’s receiving a majority of public bets.

We have conclusively proven that betting against the public will produce a positive return on investment, but the optimal threshold varies greatly from sport to sport. Although MLB underdogs have been most profitable at the 30% threshold, the sweet spot for betting NFL underdogs comes when they’re receiving no more than 20% of tickets. Every sport is different, which is why we update our betting against the public report before the start of every new season.

In the past, we have stated that the value derived from betting against the public is directly correlated with the number of bets placed on each game. That’s not an issue for NFL bettors since there’s heavy action on every game, but it’s a major consideration for anybody wagering on collegiate athletics. A major conference rivalry like Texas/Oklahoma will receive far more bets than a random game involving two mid-majors, and that split means that bettors can’t simply seek out the most lopsided betting percentages — they need to consider the number of bets placed.

In the early days of sports betting, books wanted to set lines that encouraged balanced action. If they were able to attract 50% of the money on each side, they could mitigate their risk and collect the juice — i.e. the money charged by sportsbooks to place a bet. That’s no longer the case. Oddsmakers shade their lines to capitalize on public perception and allow their sharpest bettors to shape the lines. However, public money is still an important factor in line movement.

To gain more insight into this subject I spoke with Scott Cooley, an Odds Consultant for the market-setting Bookmaker.eu. “Both sharp and square betting have an impact on the adjustments,” said Cooley. “Early in the week, sharp money is generally the reason you will see a line move. But we will adjust based on overwhelming public support as the week draws on because the liability can become too great.”

In other words, even the sharpest offshore sportsbooks will adjust their college football lines if one side is being hammered by public money. These artificially inflated lines have historically created value for opportunistic contrarian bettors since they’re getting a better line purely based on the opinion of recreational bettors. Often known as “squares” or “weekend warriors,” these casual bettors follow their intuition rather than data and analysis.

Casual bettors tend to overwhelmingly take favorites and overs regardless of the line. Oddsmakers understand this tendency, which is they typically shade their opening lines to force these bettors to take bad numbers when playing the popular side of a game. In small conference games, however, sportsbooks don’t need to shade their lines or adjust based on public money. No matter the outcome, the book is unlikely to have significant liability.

With so many small conference matchups every week, there are many games where there’s no value betting against the public. As you can see from the table below, fading the public has been a losing strategy since the start of the 2005 college football season.

NCAAF Betting Against (All Games)

College football has the worst betting against the public results of any sport that we track, and the winning percentage doesn’t crack 50% at any of these typically profitable thresholds. However, these results are including many games where sportsbooks have zero incentive to shade the opening line or adjust the spread based on public betting.

“We are more likely to shade spreads in games involving a high-profile, public team,” according to Cooley. “Obviously, if it’s a marquee matchup with two of those teams, there usually isn’t a need to shade. But for a matchup like Boston College/Florida State, we anticipate the majority of the public action on the Seminoles so we might shade that side of the spread.”

This indicates that in highly-anticipated games between evenly matched opponents (i.e. Clemson/Florida State or Ohio State/Michigan); sportsbooks are unlikely to shade the opening line since they will likely attract significant action on both sides. However, if the two teams are seriously mismatched (like the Boston College/Florida State example), they will shade the opener because they know a majority of public bets will be placed on the Seminoles.

Conversely, sportsbooks can post what they consider the “true” line for smaller games. “For ancillary games involving a couple of mid-major programs there really isn’t much reason to shade,” stated Cooley. “If they’re involved, smart bettors usually dictate where those will move.” Oddsmakers have to factor public money in heavily bet games, but they’re only concerned with sharp bettors in these less popular games.

Sportsbook Insider customers are able to view the number of bets placed at two of our seven contributing sportsbooks, which helps indicate which games are receiving the most action. Using this data, I looked at how every game compared to the daily average and filtered out any game with minimal public support.

The table below displays the results from betting against the public when that game received at least the daily average. That means if there are 20 games on a Saturday and we tracked 200,000 total bets, we would only include games where we tracked at least 10,000 bets.

By factoring out those small conference games, the returns from betting against the public improved dramatically. When we looked at even more heavily bet games, those returns improved even further.

As you can see, the sweet spot for college football betting against the public comes when teams are receiving no more than 35% of spread bets. It’s also worth noting that most of the teams fitting these criteria have been underdogs, although it has been profitable to take contrarian favorites as well.

Historically underdogs have provided additional value on conference games, as the familiarity between teams levels the playing field which disproportionately benefits the team getting points. In fact, these heavily bet contrarian underdogs have won at a 62.6% rate over the past eleven seasons.

The number of bets statistic is proprietary Sports Insights information that is available exclusively to Sportsbook Insider subscribers along with real-time odds, public betting trends, money percentages, e-mail alerts, and much more. Sign up for a 4-day Pro trial, schedule a one-on-one demo, and we’ll tack on an additional four days for free!