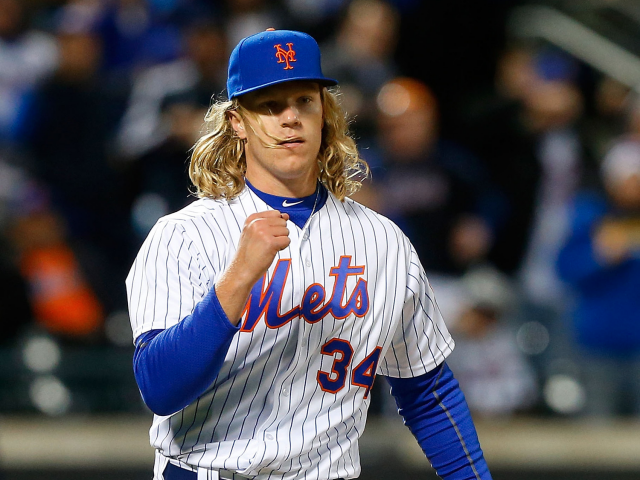 In early March, BetOnline posted their odds for both the American League and National League Cy Young Awards and I bet you can’t guess who topped the list in the NL…Clayton Kershaw. I know, get out of town, right? I guess he deserved to be, though.

The table below displays the past seven Cy Young winners for each league along with their preseason odds. (Odds via SportsOddsHistory)

Last year, Max Scherzer won his second career Cy Young after being 10/1 before the season started. The aforementioned Kershaw has won three in his career but was never as big of a favorite as he is this season.

The table below compares the latest odds from BetOnline, Bovada and the Westgate. It will be continually updated as the season progresses.

The section below was originally published on March 8, 2017

At +100, Kershaw is a bigger favorite than he was before last season (a whopping +150). As I mentioned in my pitcher win totals article, I don’t love the high standards that books set for Kershaw and for those same reasons, I wouldn’t bet on Kershaw for the Cy Young considering the low payout. Too much risk for too little of a reward.

The shortest odds that I like are Noah Syndergaard at +800.

Syndergaard is becoming one of the best pitchers in the league and still has room to improve given that he’s only 24 years old. Last season, he led the MLB in WAR and FIP per Fangraphs. Despite this, he only finished 8th in Cy Young voting. Not surprisingly, all but one (Kershaw) of the seven names that finished ahead of him had more wins than the 14 he posted. I feel that if he can up that total by a few and improve upon his 183 innings pitched that he will have a very good chance at his first Cy Young.

Out of the long-shots, I think that Gerrit Cole is a good choice at +2500. Cole missed some time due to injury last season and his numbers suffered, too. The former number one overall pick broke out in 2015 when he posted great numbers across the board and finished 4th in the Cy Young voting. I think that after a disappointing season, many folks around the game are down on the Pirates. However, they are in a division with the Brewers and Reds, both of which will have trouble topping 70 wins. If Cole can take advantage of his inferior division opponents and return to his 2015 form, I like him as a bounce-back/long-shot candidate.

One would think that I would like one of the Cubs’ options on this list, but I don’t for a couple of reasons. First is the fact that the Cubs’ defense last season was historically (and unsustainably) good and as a result, boosted the ERAs of their pitching staff. If you subtract FIP from ERA (essentially seeing how much pitchers benefited from thier defense and luck), Kyle Hendricks was the third “luckiest” out of 70 qualified pitchers last season and Jon Lester was 10th. Jake Arrieta, John Lackey, and Jason Hammel were each in the top 30 as well.

Another reason I don’t like them is because they’re all likely to amass 15 wins or so due to the fact they’re on the Cubs, which will lead to them splitting votes if one can’t separate himself from the other two. Last season, Lester finished second, Hendricks finished third, and Arrieta finished ninth in the voting. If I was forced to pick one of them this season, I think Arrieta would be my choice. Lester is 33 years old now and has a ton of innings logged on his arm. Hendricks, I believe, will come back to earth a bit due to some of that luck evening out. Arrieta, however, is a free agent after this season and has a bit to prove after somewhat of a “down” year by his standards.

As the season continues to approach, we will update the odds list when numbers change or new players are added.