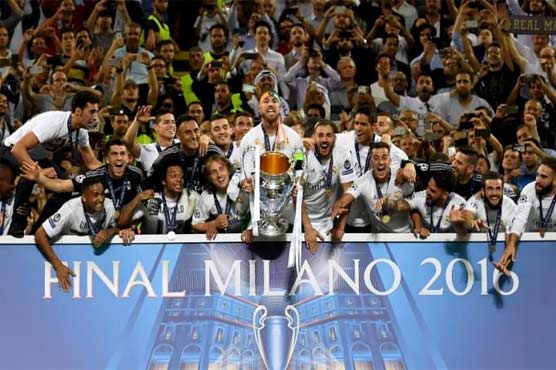 Last year Real Madrid defeated Atletico Madrid in the final to win the Champions League. However, they found themselves behind both Barcelona and Bayern Munich to win the 2016-17 Champions League Title when odds were released. The 32-team group play began play on September 13th and concluded on December 7th while Round of 16 concluded in early March. The final will take place on June 3, 2017 at the Millenium Stadium in Cardiff, Wales.

The Semifinal matchups will be Juventus vs. Monaco, and Real Madrid vs. Atletico Madrid. This was great news for Juventus, who are now the favorites to win the Champions League. Barcelona and Bayern Munich were the top two favorites before the quarterfinals, but both have been bounced.

Below was written on March 17, 2017 prior to the Quarterfinals:

It’s down to the quarterfinals of the Champions League following a thoroughly dramatic knockout stage. Barcelona was 100:1 to advance needing 3 goals with 7 minutes left against PSG but did it. Leicester City overcame a 2-1 deficit in the 1st leg to advance despite struggling in the Premier League this season. Monaco lost 5-3 in the 1st leg but were able to win 3-1 in the return leg to move past Manchester City. This tournament rarely disappoints and we still have a few rounds left. Here are the matchups to progress to the semifinals:

Right now I believe there’s value on betting Barcelona +330 to win the Champions League. They should be able to get through to the quarterfinals and their odds will decrease again. They’re also chasing Real Madrid in La Liga and may be out of the domestic title with a few games left. If that’s the case, all focus for Barcelona will be on winning the Champions League.

There were some surprising losses in UCL qualification including teams like Villarreal and Roma, while clubs like Legia Warsaw and FC Rostov were able to qualify at long odds.

3 of the top teams come from Spain’s La Liga, and Sevilla also opened with the 12th best odds of winning the title. Sevilla has won 3 consecutive Europa League titles, which is the tournament for the best teams who do not qualify for Champions League. They are an intriguing team to watch for but likely won’t sniff the title.

Are there any early leans you like, and would you consider placing a future bet this far in advance?