Who Will be the Next Head Coach of the San Diego Chargers? 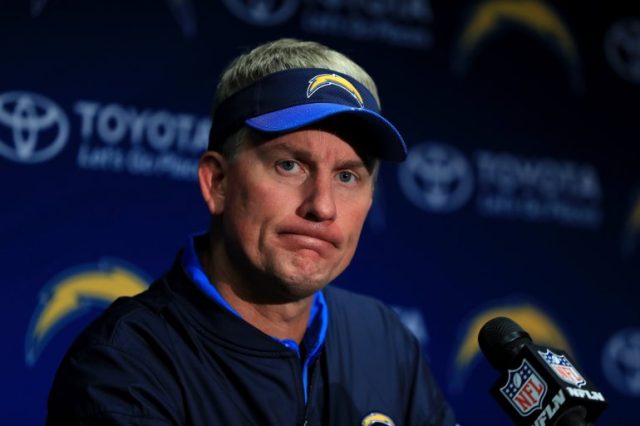 Who Will be the Next Head Coach of the San Diego Chargers?

On Sunday afternoon, the San Diego Chargers announced that head coach Mike McCoy will not return in 2017. In four seasons with the team, McCoy went 28-38 straight up (42.4%) and 33-32-1 (50.8%) against the spread. Although San Diego earned a playoff berth in McCoy’s first season, the team struggled mightily in subsequent seasons.

Over the past two years, the Chargers posted a 9-23 record and were routinely dominated by divisional opponents. Interestingly, McCoy actually entered the season as the favorite to be the first head coach fired — a dubious honor which eventually went to former Rams head coach Jeff Fisher.

On Tuesday (1/3) morning, Bookmaker opened odds on who will replace Mike McCoy as the next full-time head coach of the San Diego Chargers. In an interesting development, Patriots defensive coordinator Matt Patricia and offensive coordinator Josh McDaniels were listed as the favorites.

The table below examines the current odds at Bookmaker. It will be updated as new information becomes available.

ESPN’s Adam Schefter has already reported that the Chargers have asked the New England Patriots for permission to interview Matt Patricia, which explains why he’s the early front-runner. That interview would likely have to take place at some point this week while the Patriots’ have a bye.

While we wait for this story to develop, make sure to track the latest odds and public betting trends on our free NFL odds page. Interested in following our winning picks? Sign up for a 4-day trial of our Pro subscription for just $49!

Who do you think San Diego will hire? Are there any dark horse candidates that oddsmakers are overlooking? Please leave your thoughts in the comment section below.