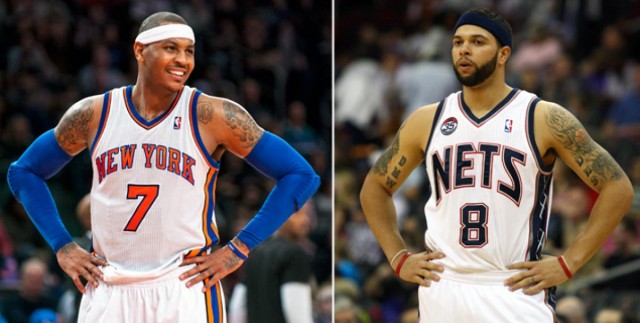 In What Bettors Should Know
By David Solar

– Although Carmelo Anthony (Shoulder) had been listed as doubtful since yesterday, a knee injury to Deron Williams has moved the Nets from -8 to -6 tonight against the Knicks. The chart below shows how the line has moved at CRIS, since opening:

– Yesterday’s game between the Pittsburgh Pirates and Cincinnati Reds was suspended in the bottom of the sixth inning, with both teams tied 7-7. The game will resume tonight at 5:30 PM eastern time, followed by their normally scheduled game (Gerrit Cole vs. Mike Leake).

– In just his third career start, Masahiro Tanaka (1-0, 3.21 ERA) and the Yankees opened as -200 favorites against Jason Hammel (2-0, 2.63 ERA) and the Chicago Cubs. However, that game has been postponed due to weather and will be played tomorrow at 1:05 PM ET as part of a day-night doubleheader.

– Tonight’s Indians/Tigers game has also been postponed due to inclement weather. No makeup date has been set.

– Notable injuries for today’s games include:

– The playoffs don’t start until tomorrow, but make sure to check out our two most recent NHL articles: 2014 NHL Stanley Cup Odds and 2014 NHL Playoffs: Betting Against the Public.

Thursday's edition of The...

I actually have been...