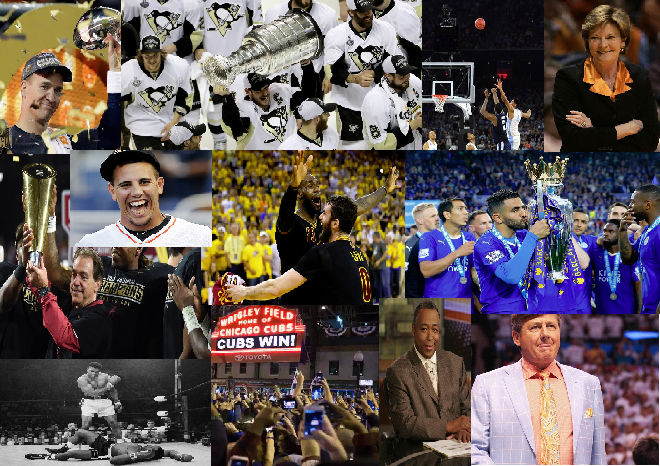 As 2016 comes to a close, we’ve taken a look at this year’s most profitable teams, biggest upsets and title winners, as well as product enhancements, new features, popular articles, and top tweets.

New and Improved Live Odds Page
Over the summer we spent significant time and resources to upgrade our Live Odds platform to better serve our members. The new Live Odds page allows for faster updates, quick and easy navigation, improved customization and more. 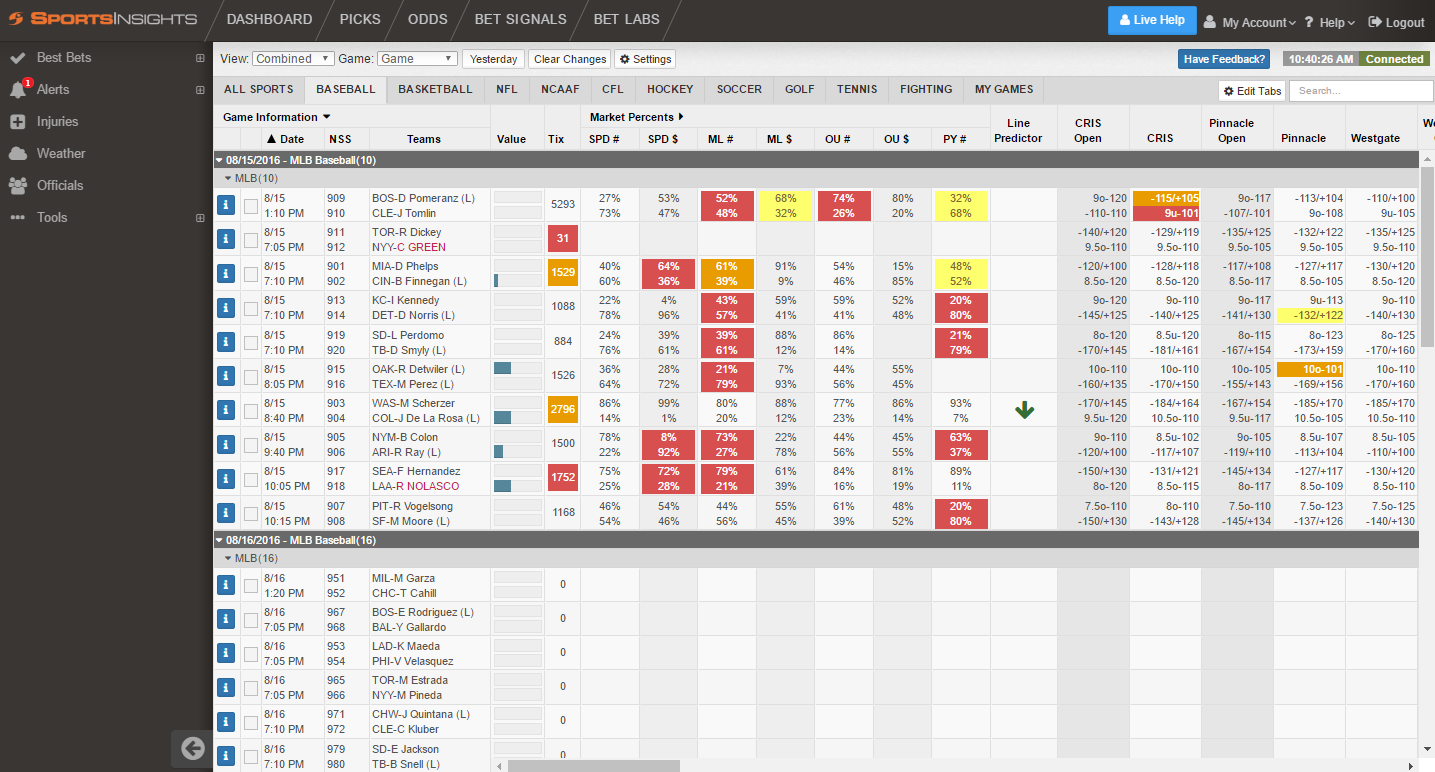 Enhanced Dashboard Features
With the new Live Odds page we’re able to provide more valuable data, including a more in-depth look at the betting breakdown around the market for every game, as well as enhanced pages for Weather, Officials, Bet Signals, and Best Bets. And one of the biggest additions we’ve made this year is showing the Money Percentages on spread, moneyline, and totals for each game:

These new Money Percentages are something you won’t find anywhere else, and are available with a Premium or Pro membership. Now our members are able to distinguish where the tickets AND money is going for every single game, an invaluable tool for any sports bettor.

New “Smarter Bets” podcast
Over the summer David Solar and Dan McGuire launched the first “Sports Insights: Smarter Bets” podcast, available on iTunes and SoundCloud. The goal of the podcast is to educate bettors on how to make smarter bets using our software and has run weekly since July 22, 2016. You can also view all past episodes right from our homepage here.

ESPN Contributions
Our Live Odds page is still being used at ESPN Chalk, and David has also been busy providing weekly NFL columns for ESPN Insider, as well as an NCAAF Bowl Betting Preview.

Top Tweets of the Year:

Donald Trump is now the FAVORITE to be the next President of
the United States (via 5Dimes)
#Trump: -120
#Clinton: +100#ElectionNight

Another look at Leicester’s odds

And finally, here are some useful links to bookmark for 2017:
Free Live Odds
Memberships
Blog

We wish you all betting success in 2017 and if you have any suggestions/thoughts, feel free to let us know in the space below.