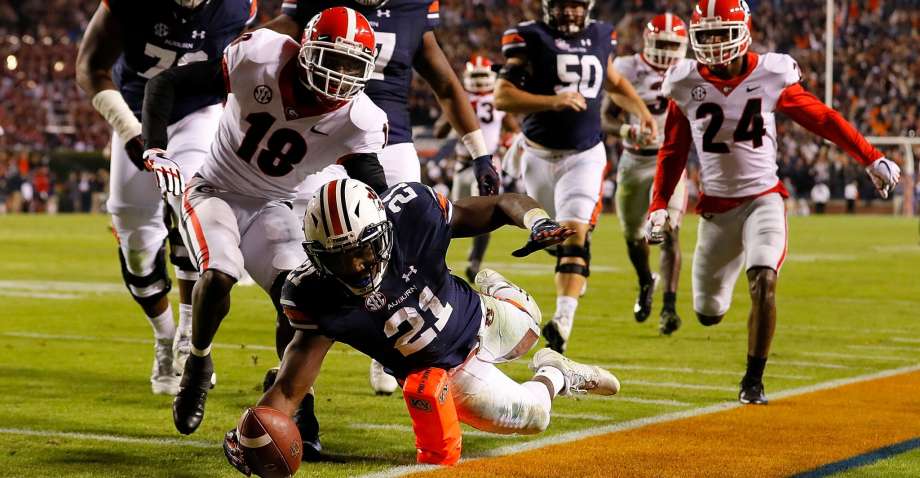 Auburn has already defeated UGA 40-17 this season, and the lookahead line for a potential rematch was listed at a pick ’em before Week 13. However, the Tigers got a huge win over #1 Alabama and that shifted the market. On Sunday morning, Auburn opened -1.5 and moved up to -3. The ticket action has been fairly split so far, and some books are offering -2.5 at a juiced up price. Once we get later in the week and limits open up, we should see big money take a side on UGA +3 or Auburn -2.5.

For the Big Ten title game, Ohio State was -6.5 on the lookahead line and opened at that number Sunday morning, but dropped down to -5.5 by Sunday night. This is the only title game with early movement on the underdog, and Wisconsin is also getting 60% of early spread bets. You’ll definitely want to keep an eye on betting %’s as the Badgers could end up being a trendy dog to avoid.

Sportsbooks haven’t really known what to do with the ACC title game line– Clemson was -3.5 on the lookahead line, but they opened -5 at Pinnacle on Sunday morning and -6.5 at BetOnline. Sharp money has clearly hit the Tigers as they’re now all the up to -9.5 around the market. Miami pulled off upsets in the middle of the year as an underdog but failed to cover late as big favorites, including a loss to Pitt last week. Bettors are clearly sour on the ‘Canes, but the value but end up being on Miami by Saturday.

Oklahoma Win and In?

The Big-12 lookahead title had been Oklahoma -4.5 vs. TCU and the line opened Oklahoma -6.5 on Sunday morning. The odds are now Oklahoma -7 around the market behind 70% of early spread bets, and they’re looking like a solid bet to make the 4-team playoff. However, the current betting %’s are good news for TCU backers– via Bet Labs, teams attracting less than 50% of spread bets in conference championship games are 40-28-3, and that win rate improves to 62.2% ATS when a team is receiving less than 40% of spread tickets.

USC opened -3 vs. Stanford for Friday night’s Pac-12 title game, and most of the early action is on USC to cover. There’s been no budging off the key number yet, but we have seen the total increase from 57 to 58.

Here are the rest of the conference title games with their current spreads and preseason title odds:

You can track all the latest lines and %’s from our Free Live Odds page.