Is There Still a Disadvantage for NFL West Coast Teams Traveling East? 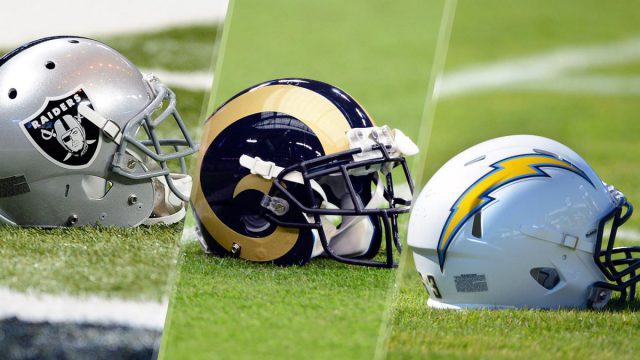 Is There Still a Disadvantage for NFL West Coast Teams Traveling East?

For years we have heard NFL fans and analysts unequivocally state that NFL West Coast teams struggle when traveling cross-country. This argument seems logical since the combination of long flights, strange beds and time zone changes can confuse players’ internal body clocks. People naturally experience different levels of tiredness and alertness throughout the day, which is largely regulated by our circadian biological clocks.

Since the start of the 2003 season, West Coast teams have gone just 61-111 (35.5%) against East Coast teams. That seemingly reveals a significant advantage, but straight up wins and losses don’t provide a realistic measure of performance. Instead, we have focused on against the spread (ATS) records which indicate how well teams have performed against expectations.

Several years ago we examined this trend, and we were able to confirm the belief that teams from the Pacific Time Zone (PT) had performed poorly when traveling east. Our data showed that the further West Coast teams traveled, the more their winning percentage dropped.

On January 12, 2016, NFL owners voted 30–2 to allow the Rams to move from St. Louis to Los Angeles. With five teams now playing their home games in the Pacific Time Zone, I wanted to see whether West Coast teams continued to underperform when playing on the East Coast. Additionally, I wanted to isolate day and night games to determine whether West Coast teams were negatively impacted by 1 PM EST start times.

The table below displays the results since the start of the 2003 season.

The ATS performance of Pacific Time Zone teams gets progressively worse as they travel further east. Based on these results, many bettors may be tempted to conclude that West Coast teams don’t meet expectations and therefore “play badly” when traveling to the East Coast.

The table below displays the performance of West Coast teams when there’s a 1 PM EST start time.

There are many things that we need to account for when looking at this recent performance. For starters, home-field advantage has been largely overvalued by NFL bettors which has historically created value on visitors. Additionally, the four West Coast teams have combined to go 111-100 ATS (52.6%) over the last three-plus seasons.

Although West Coast teams have covered the spread at a high rate over the past few seasons, this seems like a regression to the mean. In order to determine whether oddsmakers actually place any value on travel when setting lines, I reached out to Scott Cooley, an Odds Consultant at Bookmaker.eu.

“Adjusting odds for travel is a somewhat antiquated method nowadays,” according to Cooley. “The physicality and psychology of athletes these days is far advanced from what it was a decade ago. West Coast teams traveling east for an early start time prepare all week with that in mind.”

In recent years, coaches and trainers have placed more importance on accommodating the circadian rhythm of their players. That has helped mitigate some of the impact that was previously associated with cross-country travel.

Perhaps the most interesting trend that emerged from this research was the performance of West Coast teams in prime time games. Since 2003, the four aforementioned teams have gone 33-22 ATS (60%) in road games played at 8:00 PM EST or later. It’s admittedly a small sample, but West Coast teams have gone 9-4 ATS when playing prime time games in the Eastern Time Zone. This makes sense since it gives players more time to adjust to the time change. Their internal clock is also closer to 5:00 PM, which is the optimal time for athletic performance.

It’s fascinating to see how the casual bettors view this coast-to-coast travel. Since 2003, there have been 167 games featuring a team from the Pacific Time Zone traveling to play in the Eastern Time Zone. In these games, the West Coast team has received a majority of spread bets at our contributing sportsbooks on 67 occasions. That’s roughly 40% of all games.

West Coast teams have complained about early kick-off times for years, maintaining that it’s difficult to begin game-day preparations when players physically feel like it’s three hours earlier. It’s easy to overlook the importance of sleep cycles, but they have a major impact on athletic performance.

Since players seem to hit their stride later in the day, I hypothesized that West Coast teams would struggle early in games and flourish later in games. In order to test this theory, I decided to compare how West Coast teams performed on the first half line as compared to the second half line.

Based on this research, bettors should leave with the following takeaways.

Make sure to bookmark our free odds page for the latest odds, betting trends, injuries, futures and more. Have any questions for the staff at Sports Insights? Utilize our live chat to speak with a customer service representative or e-mail us at help@sportsinsights.com.