How Do Sharp NFL Bettors Use Weather Forecasts to Make Money? 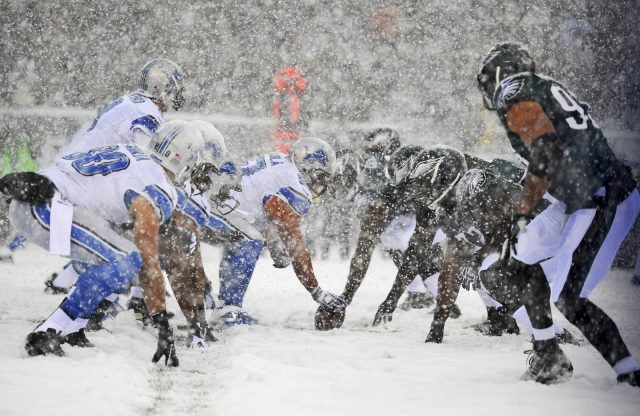 How Do Sharp NFL Bettors Use Weather Forecasts to Make Money?

Before placing a wager, bettors are forced to take many factors into consideration including home-field advantage, injuries, officials, public perception and much more. However, many NFL bettors overlook the importance of weather conditions when handicapping games. Temperature, wind speed, and precipitation all impact the line in different ways, but how can our historical trends be used to exploit weather conditions?

For starters, bettors need to understand that weather conditions have a much greater impact on the total (the combined total number of points scored) than the point spread. As we learned during our over/under key number analysis, both scoring and totals have steadily increased over the past 13 seasons, but that hasn’t been the case under certain weather conditions. That point becomes abundantly clear when you compare the performance of overs in domed stadiums.

The table below, which utilizes data from Bet Labs Sports, compares the over record at dome and outdoor stadiums since the start of the 2003 season.

In order to learn more about how sportsbooks handle weather information I spoke with Scott Cooley, an Odds Consultant for the market-setting Bookmaker.eu. “We are constantly monitoring weather forecasts across the country,” according to Cooley. “As far as adjusted the numbers, totals are impacted far greater than spreads when it comes to weather.”

This confirmed out initial findings, but Cooley elaborated that every team is affected differently based on their offensive strategy. “We definitely consider a team’s offensive scheme when adjusting for weather. A run-heavy, short-passing offense isn’t going to be affected nearly as much in high winds as a team like the New Orleans Saints. And at that point, the opponent would have an edge and the spread would also need to be adjusted.”

Jeff Sherman, the Race and Sports Assistant Manager at the Westgate Las Vegas SuperBook, was more succinct when describing how they account for inclement weather. “If we find adverse weather conditions expected, we lower [the] total and stay half point to a point ahead of [the] market.”

Those same sentiments were echoed by Ryan Oakes, a Marketing Specialist speaking on behalf of the traders at William Hill. “In certain situations the spread will adjust and sometimes the moneyline but not drastically. The team that is favored is favored for a reason and that is because they are the better team so the weather shouldn’t affect or change who the favorite is. If anything the spread will move [between a half point and a point].”

This reiterated what we already knew — the total is impacted by inclement weather far more than the point spread. “The total is the way of betting that would be adjusted the most,” relayed Oakes. “A little precipitation and the line wouldn’t move too much…A lot of snow and wind would be more drastic than a light drizzle of rain.”

NFL overs have historically provided bettors with a slight edge, but that hasn’t been the case in outdoor games where harsh conditions can impact the game. Since 2003, the over has gone just 1,374-1,409 (49.4%) when the game is played outdoors and that record worsens substantially in games with strong winds.

The table below displays the performance of NFL unders based on the average wind speed.

As you can see, the under has performed extremely well when the average wind speed is at least 10 miles per hour (mph) over the duration of the game. “Wind is the biggest factor when it comes to weather because it can greatly affect a passing game,” said Cooley. “End zone to end zone isn’t too bad, but when those crosswinds start swirling they can really throw off an offensive gameplan. Of course, if there’s a torrential downpour, freezing rain or very inclement weather, then we consider that as well.”

Casual bettors love rooting for high-scoring games, and they allow their emotions to control their behavior. In fact, the majority of public bettors have taken the under in just 11.43% of all games played since the start of the 2003 season. Sportsbooks can easily anticipate public money on the over, and they shade their opening number to account for this inevitable influx of one-sided betting.

Although you may expect that most bettors would hammer the under in games played with wind speeds of at least 10 mph, that simply hasn’t been the case. In games played with these extremely windy conditions, the majority of public bettors have taken the under on just 121 occasions. That’s roughly 15% of all games. Bettors may be more willing to take the under in games with strong winds, but clearly there’s not enough consideration being paid to this factor.

Another popular belief is that the under is more profitable when the game is played at freezing temperatures — below 32 degrees Fahrenheit. Although there is a direct correlation between colder temperatures and lower scores, that hasn’t led to more profitable returns. My research found the average total in games played at freezing temperatures actually decreased by a larger margin than scoring decreased, which has created value on the over in these cold weather games.

Since the start of the 2003 season, the over has actually gone just 122-97 (55.7%) when the game was played at freezing temperatures. That win rate improves to 57.8% when focusing solely on regular season games. Perhaps even more impressively, the game has gone over the closing total by an average of nearly 2.5 points.

Game day weather is available to all Sportsbook Insider subscribers, and this information includes temperature, precipitation percentage, wind speed, and wind direction. Weather is not typically given proper consideration when setting the line, especially early in the week when many bettors feel that weather forecasts are less reliable.

It’s important to note that all of the ATS records referenced reflect the closing line at Pinnacle. Considering that most totals drop in games with high wind speeds, bettors could have won at an even higher rate by placing their wager earlier in the week and by shopping for the best line.

Bettors tend to worry about factors like temperature, and precipitation, but those factors don’t always have a tremendous impact on the total. The playing surface is usually slower when played in wet conditions but, contrary to popular belief, that doesn’t always lead to low scoring games. When the field gets sloppy, the play of the offensive line becomes even more important — but there are other factors to consider.

For starters, rain and snow don’t adversely affect the offense like many bettors seem to believe. There’s a widely held theory that poor field conditions will adversely affect the ability for receivers and ball carriers to gain proper footing, but that oversimplification overlooks several factors. Defensive lineman lose leverage in the trenches, which gives quarterbacks more time to operate in the pocket. Defensive backs need to react to cuts from wide receivers, and the muddy conditions often lead to big offensive plays after the defender loses their footing.

Weather is just one factor that bettors should consider before placing a wager, but it’s an important one. One simple strategy is taking the over in games with lower totals and the under in games with higher totals. It’s also important to know that divisional rivalries tend to be very competitive and low-scoring, which has historically provided value on the under — particularly if it’s the second time the teams have squared off.