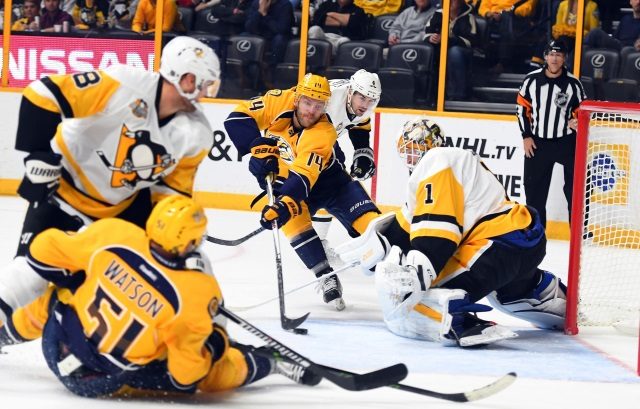 The Penguins look to defend their Stanley Cup title while the Predators have reached the final for the very first time. 5Dimes opened the series odds at Pittsburgh -155/Nashville +135. During the year Pittsburgh reached +900 while Nashville reached +3000:

Last round the Penguins were actually series underdogs after falling behind 2-1 to Ottawa, but went ahead 3-2 before ultimately winning Game 7 at home. The Predators haven’t been underdogs during a series since prior to Game 1 against Chicago in the opening round. At BetDSI, nearly 2/3 series tickets is on underdog Nashville but the current series price is Penguins -165/Predators +145, so there’s been some sharp series movement on Pittsburgh since opening.

Here are some other ways to bet the series via BetOnline: 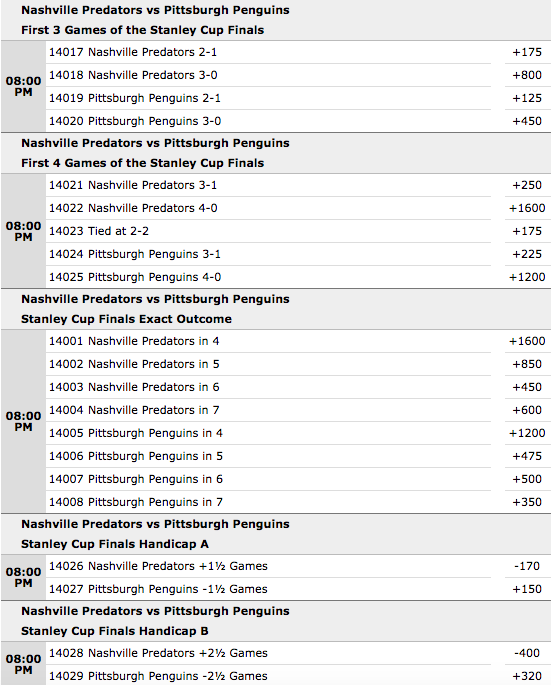 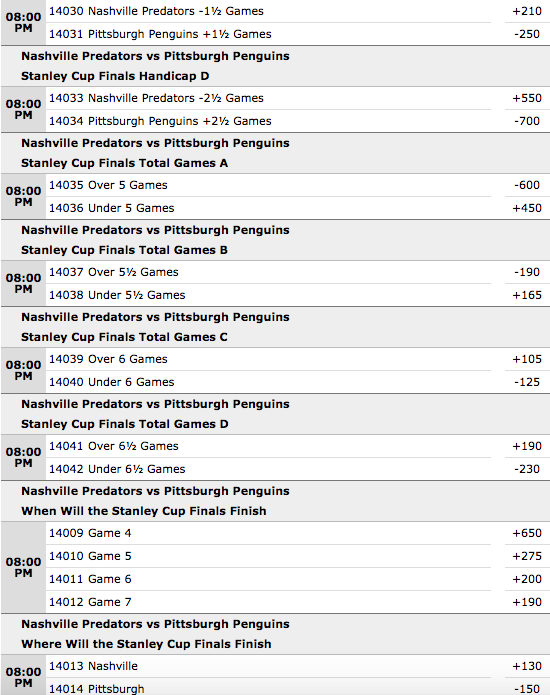 Oddsmakers expect a close series as the odds of the Stanley Cup Final ending in 7 games is most likely.

Bettors can also check out the latest Conn Smythe Trophy Odds where Pekka Rinne is the favorite to win despite the Predators being series underdogs.