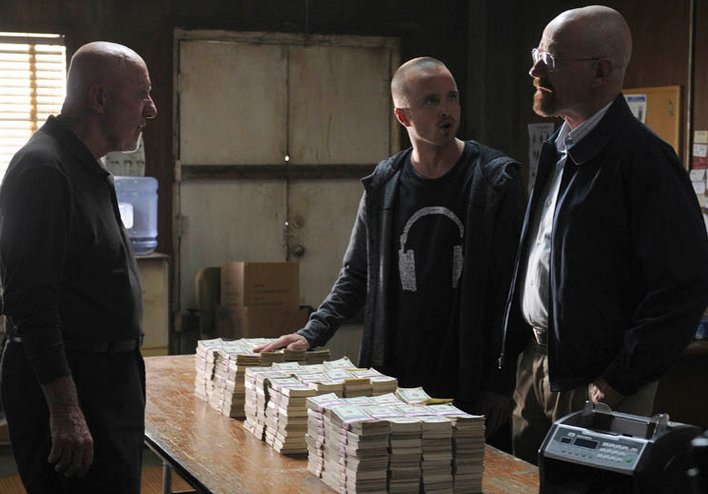 In MLB
By Josh Appelbaum

For years, we’ve detailed why baseball is one of the most profitable sports for sharp bettors.

First off, it’s a money-line sport. This is a huge advantage for bettors because it means that they don’t have to worry about covering a point-spread, they just have to win the game straight up. By staying away from big favorites (-150, -175, -200) and focusing on valuable plus-money dogs (+120, +140, +160), bettors can win at a less than 50% rate but still turn a profit based on the plus-money payouts. Meanwhile, football and basketball bettors must win at a 52.4% rate (assuming -110 juice) just to break even.

Add in the facts that the MLB season is so long and there are so many games every single day and it’s no surprise why sharp bettors love baseball so much.

Now that the 2017 regular season has officially come to an end and we’ve had a chance to dissect all 2,430 games, let’s take a closer look at the results.

As you can see, favorites won at 57.4% rate, which seems profitable at first glance, but that doesn’t tell the whole story. Because you were always laying a minus number, betting on favorites burned a huge hole in the pockets of square bettors. Sure, favorites win a majority of the time, but there is no value in taking them because you get crushed when they lose (a $100 bettor taking every favorite lost $6,771 this season). Simply put, the juice isn’t worth the squeeze.

The key is focusing on dogs within the division. Because teams in the same division play each other so often (19 times per year), they know each other’s tendencies. The built-in familiarity levels the playing field and benefits the dog. A $100 bettor would have profited $3,639 betting on divisional dogs in 2017.

At Sports Insights, we always stress the importance of going contrarian. More often than not, the public loses. By fading the average Joe, we can capitalize on public bias, get inflated numbers, and place ourselves on the side of the books. As we all know, the house always wins. 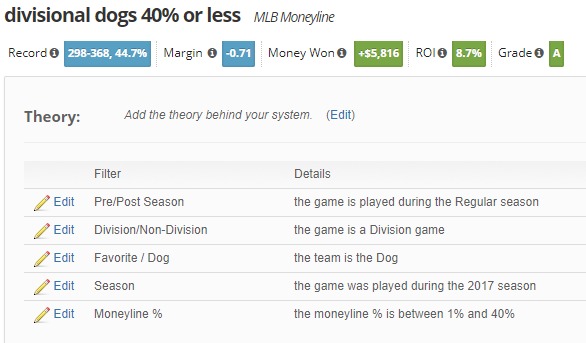 Another successful strategy was following Reverse Line Movement (RLM). This is when the betting line moves in the opposite direction of the betting percentages. It is one of the best and easiest ways to identify sharp action. 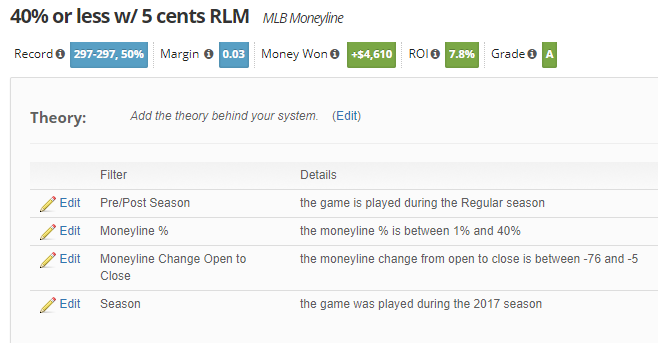 The 2017 MLB season also marked the debut of our Sports Betting Hangouts. From Opening Day until Game 162, Sports Insights Pro members were able to tune in each night and join us live as we broke down the board, discussed the most profitable plays and answered questions.

Thanks to our friends at Bet Labs, we still have some profitable postseason systems to take advantage of throughout October.

“People ask me what I do in winter when there’s no baseball. I’ll tell you what I do. I stare out the window and wait for spring.”