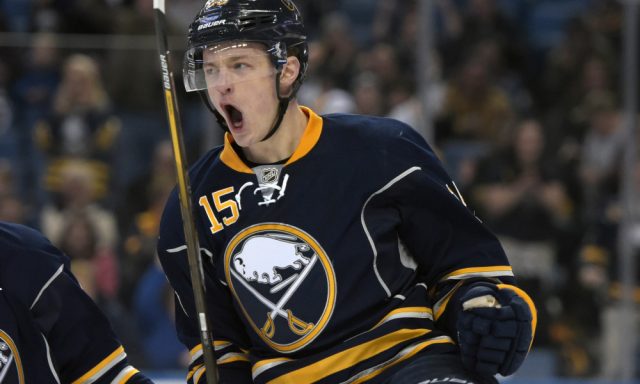 In NHL
By Mike Marsh

With the start of the regular season getting underway this week, Paddy Power has posted their odds for most of the NHL awards. Let’s take a look at who oddsmakers think has the best chance to take home the hardware when it’s all said and done. For a more detailed look at the Hart Trophy odds, click here.

The Art Ross trophy is awarded to the league’s most prolific scorer by season’s end. Connor McDavid, last year’s Art Ross winner, was the only player to record 100-points last season. To nobody’s surprise, the young phenom is the favorite lead the league in points for the second consecutive time.

While there isn’t much value to be had betting on McDavid (+260), further down the list guys like Nikita Kucherov (+1400) and Jack Eichel (+1700) are smarter wagers. In only 74 games last season, Kucherov racked up 85 points and could surpass that total with a healthy Steven Stamkos back in the mix.

Eichel nearly averaged a point-per-game as a 20-year-old despite missing the first two months of the season with a sprained left ankle. Mark Scheifele also offers great value at +1700. The 24-year-old center was one of only seven players to record 80+ points last year.

The Norris Trophy is awarded to the top defenseman in the league. Voters have different criteria for how they gauge a player’s Norris candidacy, but recently offense has played a significant role in projecting which defender wins the award.

Last season’s recipient, Brent Burns, isn’t your typical stay-at-home defenseman. He put together a better season offensively than most forwards can only dream of achieving. The elite blueliner finished with an eye-popping 29 goals and 76 points.

This season Burns has the second-best odds at +450, behind two-time Norris Trophy winner Erik Karlsson, who’s listed at +300. My favorite pick to win the Norris this season is Victor Hedman, who has the third best odds at +500.

The 6’6 Swede is primed for another terrific year after breaking out with 72 points, 25 more than he amassed in 2015-16. After finishing seventh and third in the voting the last two seasons, Hedman is trending upwards and will continue to be a key-cog for the Tampa Bay Lighting.

The winner of the Rocket Richard trophy is the player who finishes with the most goals. After four consecutive years of leading the league in goals, Alex Ovechkin ceded the goal-scoring title to Sidney Crosby (44 goals).

Considering the Rocket Richard has been won by either Ovechkin or Crosby eight of the last eleven seasons, oddsmakers like the chances of one of the two stars capturing the trophy again in 2017-18. Ovechkin is the favorite at +333 to retake the crown, with Crosby sitting close behind at +550.

Some value picks I like to take home the hardware are Patrik Laine and Jamie Benn. Laine, who’s available at +1400, will be entering his second year as a pro after exploding onto the scene with 36 goals as a rookie. The Finnish sniper has a knack for finding the back of the net, and as he gets more comfortable at the NHL level his goal totals will likely continue to rise.

Benn (+1600) is another player who has the potential to lead the league in goals. He’s coming off down year, but is only a year removed from a 41-goal season. I like Benn’s chances to bounce back on a revamped Dallas Stars team.

The Vezina is the trophy awarded to the league’s best goalie. Last year’s winner, Sergei Bobrovsky isn’t a favorite to win again this season as he’s listed at +1100. According to oddsmakers the goalies most likely to win the Vezina in 2017-18 are Carey Price (+400) and Braden Holtby (+400).

I was surprised to see Cam Talbot at +1300, as he’s a sharp under-the-radar choice. The workhorse for the Edmonton Oilers is coming off a campaign where he led the league in games started with 73.

That number will almost certainly decline this season, but Talbot has proven he’s the real deal and it wouldn’t shock me if he’s in the Vezina conversation again after the season concludes. It also doesn’t hurt that the Oilers are projected to finish with the most points.

Check back soon for Calder Trophy odds. Also, be sure to bookmark our NHL Free odds page so you can track and monitor lines and percentages all season long.

Purchase a Sportsbook Insider PRO membership and get our NHL contrarian plays, dollar percentages and bet signals, along with a fully customizable live odds page, line watcher, line predictor, the number of bets on every game, and more.

If you have any questions, feel free to reach out to the Sports Insights staff by utilizing our live chat, commenting below, or emailing us at help@sportsinsights.com.