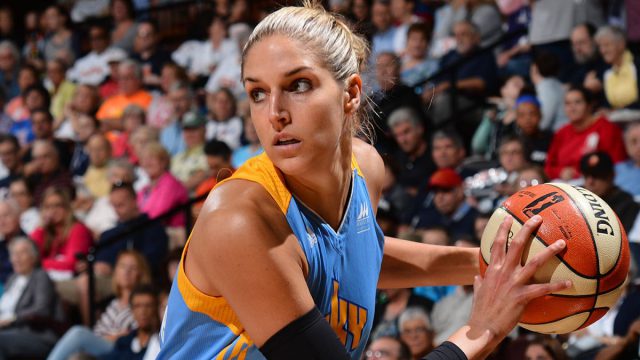 Prior to the start of every season, we publish a series of betting against the public reports which detail the sweet spot for contrarian betting. By utilizing our public betting trends from seven contributing sportsbooks, we are able to see which teams the public is loading up on and then take the other side.

The basic strategy behind our betting against the public philosophy is quite simple. In the sports betting marketplace, there are two types of bettors: “sharps” and “squares.” Sharps are typically wise guys or betting syndicates who spread large bets across multiple sportsbooks. Widely respected, sharps are a smaller group who move lines across the sports betting marketplace. Squares are casual, recreational bettors who place their wagers based on instinct, as opposed to number-crunching and data analysis.

Typically we’re able to take advantage of artificially inflated lines based on public overreaction to recent events, but that’s not the case for WNBA betting. The value derived from betting against the public is directly correlated with the number of bets placed on each game and because the WNBA is one of the least popular sports in the betting community, we have seen limited returns from betting against the public.

The table below displays the returns from WNBA betting against the public at various thresholds:

For most sports, the betting marketplace functions similarly to a seesaw. If too many bettors load up on one side, oddsmakers will need to even the weight by adjusting the line and encouraging action on their opponent. These shaded lines create additional value for contrarian bettors who are willing to go against the grain and take the unpopular side. That’s not the case in the WNBA.

Most sportsbooks take comparatively low limits for betting WNBA games, which shows that they are worried about being beaten by sharp bettors. In fact, there are many excellent WNBA bettors who are easily able to watch every game since there are only 12 teams in the league.

It’s also interesting to monitor the line movement for WNBA games since the odds fluctuate unlike any other professional sport. Barring a major injury, you’ll rarely see an NBA line move more than two points from open to close. In the WNBA, the line will routinely move five or more points based on sharp action.

There are two easy ways to track sharp money: steam moves and reverse line movement. Sportsbook Insider Pro subscribers have access to our steam move alerts, and prior research has found that market-setting sportsbooks like CRIS and Pinnacle have consistently produced the most profitable bet signals. That’s also the case for WNBA bettors.

Our monthly subscribers can easily follow those plays, but I wanted to determine whether I could create a basic reverse line movement system to track sharp money. Although betting against the public hasn’t been profitable, there was reason to believe that following reverse line movement would still be effective. Public money isn’t moving WNBA lines — sharp money is. By following that line movement when a majority of bettors were taking the other side seems liked a surefire strategy.

This isn’t a traditional reverse line movement system since there’s very little public money pouring into the WNBA, but it does show the importance of following sharp money. This will be our first WNBA season since adding money percentages, but I believe that it will be very profitable to side with whichever teams is receiving a majority of the money — especially if they’re receiving less than 50% of spread bets.

Bet Labs users are able to copy this system directly from our Think Tank to receive all current game matches for this system and many others. Bettors are also able to view the latest odds and trends from our free WNBA odds page.