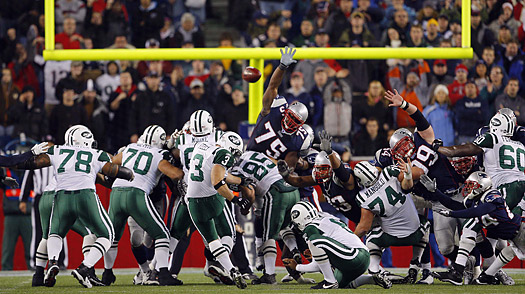 Article was originally published on October 12, 2014 and has been updated and edited to reflect October 28, 2016

In the NFL some of the most important key numbers include 3, 7, and 10. Since so many spreads in the NFL are closer than in College Football, the results tend to be closer as well. Most weeks there will be at least two or three games with the dreaded spread of +2.5 leaving bettors asking themselves, “Should I bet the +2.5, buy the half-point to +3, or just take the moneyline?”

There’s plenty of data and statistics from our historical database to help bettors make the same decision each and every time. While it’s obvious to most bettors that shopping for a better line of +3 is preferable to taking +2.5, that is not always an option.

The moneyline equivalent to +2.5 points on the spread is roughly +125, while +3 points translates to roughly +140 on the moneyline. In the NFL, buying a half-point from +2.5 to +3 costs about 25 cents depending on the sportsbook. (Note: Bettors can calculate odds of buying half points here.)

Although taking the points seems safer than taking the moneyline, over the long haul you can see that it’s actually more beneficial to roll the dice and take the short underdog to win straight up.

Using our Bet Labs software, we found that the probability of a Push on a closing spread of +3 points is about 10%. When the closing spread is +2.5 points, the probability of a game ending with an outcome of 3 points is also about 10%. So this begs this question, is it even worth it to buy the half-point from +2.5 to +3? And are you better off just taking the moneyline either way?

The table below shows the record when taking +2.5 points, taking the moneyline on +2.5 points, and buying the half-point to +3 points.

These results are consistent with what we’ve found comparing the spread to the moneyline. In the case of buying a half-point from +2.5 to +3, it’s simply just not worth it. You’re cutting down on your profits just by taking the “safer” bet, which is actually riskier in the long run. It’s also more profitable to simply take the moneyline on +2.5 or +3 rather than the points.