2016 NFL Betting Against the Public Report 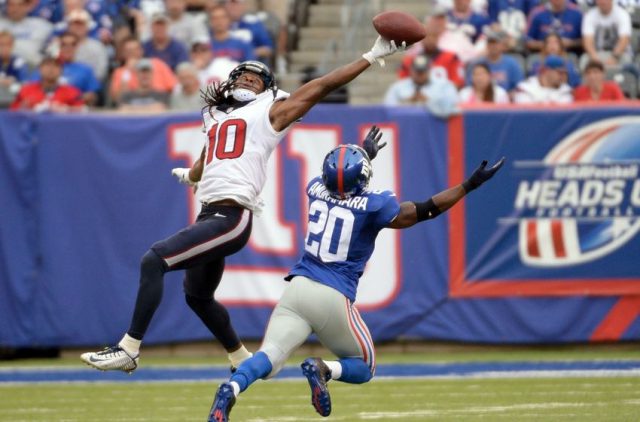 2016 NFL Betting Against the Public Report

Editors Note: This article was initially published on August 19, 2016.

Prior to the start of every season, we publish a series of betting against the public reports which detail the sweet spot for contrarian betting. By utilizing our public betting trends from seven contributing sportsbooks, we are able to see which teams the public is loading up on and then take the other side.

In order to understand why betting against the public is an effective strategy, we must first understand the machinations of a sportsbook. There’s a common misconception that oddsmakers are looking to balance their book by attracting 50% of the action on each side to thereby mitigate any risk. The truth is that sportsbooks can shade openers to capitalize on public perception, and allow their most-respected clients to shape the line.

For more information on this widely-debated topic, I reached out to Scott Cooley, an Odds Consultant for the market-setting Bookmaker.eu.

“I think a common misconception is that books are feverishly trying to balance out the sides,” explained Cooley. “Yes, in a perfect world it’d be nice to have equal action on both sides so our risk is zero, but that obviously doesn’t happen for every game. We will certainly accept the unbalanced action if we feel we’re in the right position. Sometimes we’re right, and sometimes we’re wrong.”

Many years ago sportsbooks wanted to set lines that encouraged balanced action, but clearly that’s no longer the case. Sportsbooks will still adjust the spread based on public money, but only at the most extreme levels.

It’s also important to realize most bettors can be categorized into one of two categories: “sharps” and “squares.” Sharps are typically wise guys or betting syndicates who spread large bets across multiple sportsbooks. Widely respected, sharps are a smaller group who move lines across the sports betting marketplace.

Most casual bettors can be classified as squares. These are recreational, weekend warriors who place their wagers based on instinct and emotion, rather than number-crunching and data analysis. Squares have a tendency to pound favorites and overs, which has historically created value on underdogs and unders. We have also found that football bettors tend to place too much weight on the importance of home-field advantage, which has created additional value on road teams — especially if they’re on a prolonged road trip.

Digging into our data, I found that NFL underdogs have gone 1,700-1,659 (50.6%) since the start of the 2003 season. This shows a slight edge for contrarian bettors, but that is magnified when we look at increasingly lopsided public betting.

Gamblers must win more than 52.38% of their wagers to make a profit, which is known in sports betting as overcoming the juice. Even though the return on investment (ROI) steadily climbs as we look as increasingly one-sided public betting, betting against the public isn’t profitable unless the underdog is receiving less than 25% of spread bets.

This is quite telling because there’s far less shading in the NFL as opposed to other sports like College Football. Teams are on a much more level playing field, and sharper books like Bookmaker or Pinnacle are less likely to adjust the spread based on public money. Around key numbers, these books have to be even more careful about moving the line.

“We do have to anticipate where sharp money is coming,” according to Cooley. “Sometimes we will hold off moving a number even if the public is heavy on one side because we expect the sharps are waiting for that half point.”

With many sportsbooks changing the manner in which they operate, solely betting against the public isn’t a perfect strategy. Although it has been lucrative to back teams receiving less than 25% of spread bets, those results have started to fizzle in recent years. Teams fitting that criterion went 123-90 ATS (57.7%) from 2003 to 2008, but only 130-117 ATS (52.6%) from 2009 to the present.

Contrarian betting is a broad term which not only encompasses the concept of betting against the public but also taking an opposing view on other widely held opinions. In theory, it’s easy to recommend buying low and selling high, but when push comes to shove bettors are often unwilling to take the necessary steps. This includes fading the league’s top teams, taking teams in the midst of prolonged losing streaks and consistently betting non-playoff teams.

Although sportsbooks are unlikely to adjust the spread based on public money, they will occasionally shade their opening line in anticipation of public betting. Squares are very reactionary, and often struggle to remember anything from beyond the past week or two. In other words, it’s always about “what have you done for me lately?”

Bettors are frequently hesitant to support teams that have burned them recently, especially if they’re also an underdog. Oddsmakers understand this tendency, and will often shade their opening lines to anticipate the inevitable influx of public money on the favorite. This tendency can easily be exploited by opportunistic bettors.

Historically it has been very profitable to bet on teams who lost their previous game — especially if it was a blowout loss. Since 2003, underdogs have gone 922-866 ATS (51.6%) and 238-195 ATS (55.0%) following a loss of at least 20-points. Similarly, underdogs have gone 882-841 ATS (51.2%) after failing to cover the spread in their previous game. Based on Cooley’s explanation about how Bookmaker shades their lines, that huge jump makes sense.

“Shading in the NFL happens, but it’s much less frequent than in other sports,” said Cooley. “If the Jaguars are coming off a 35-point loss and the Patriots just won by 30, we are going to shade a bit. If we get to heavy on one side of a line, we’ll move it in hopes of enticing action on the other side.”

By buying low on the league’s least popular teams, you can take advantage of artificially shaded lines. It’s been very profitable to take underdogs receiving less than 25% of spread bets, but it’s been even more lucrative when they burned spread and moneyline bettors in the previous week.

Taking all of that into consideration, we crunched the numbers to look for games where underdogs coming were coming off a loss, failed to cover the spread in their previous game, and are receiving less than 25% of spread bets. Ultimately, we get a historical 149-98 ATS (60.3%) record winning +42.9 units since 2003.

It’s also worth noting that recently this went 11-6 ATS last year and 49-25 ATS over the last four seasons.

Sign up for Sportsbook Insider today and you’ll get instant access to our contrarian system as well as steam and smart money signals, public bet & money percentages, our Best Bets and live odds from over 50 sportsbooks.