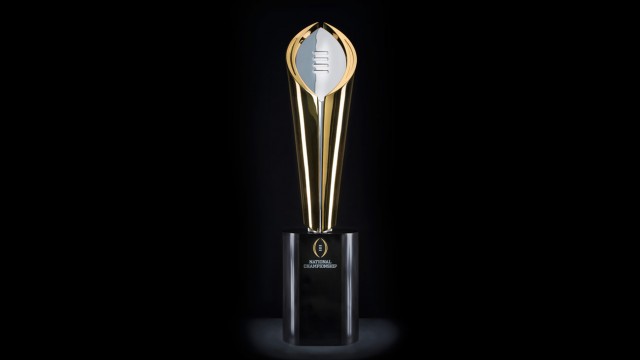 The 2014-15 College Football bowl season is right around the corner, and the entire sports-loving nation is getting excited for the first ever playoff. The action kicks off on Saturday, December 20th with five low-level bowl games and wraps up on Monday, January 12th when the winner of Florida State/Oregon faces the winner of Ohio State/Alabama in the National Championship.

With 39 bowl games scheduled to be played in roughly a three week span this can be an overwhelming time for bettors, but we’ve got you covered with some of the most interesting and profitable bowl game trends over the past decade.

Looking at some basic filters in Bet Labs, we quickly found that favorites have had a slight edge during bowl season with a 191-188 ATS record. When we focus on large dogs (defined as favorites of 14.5+ points), that record improves to 14-9. However, at the time of publication only Stanford (-14.5 vs. Maryland) fits this criteria.

Over the past few years we have published a number of articles explaining how ranked teams are typically overrated by bettors, which can create excellent opportunity for sharp bettors. Square bettors will frequently put too much stock into these rankings despite the fact that many voters are not watching every game and are far less informed than their oddsmaker counterparts. This trend is magnified during bowl season with unranked teams holding a 39-25 ATS record (+11.91 units, 18.6% ROI) against ranked teams.

The folks over at ESPN have taken some flak over the course of the season for consistently promoting the SEC as the nation’s top conference; however, our research indicates that their opinions are fully justified (For those who are interested, the now defunct Big East conference posted a 23-18 ATS record with +3.78 units won and a 9.2% ROI).

Oddsmakers believe that the SEC is the strongest, proven by the odds on the following prop bet that CRIS has posted this bowl season:

Despite having 10 teams from the conference compete in a bowl game, the Big Ten is an underdog in every single one, and receiving <50% of spread bets in 9 of the 10 games (Ohio State the only Big Ten team receiving >50% of public bets at time of publication).

During bowl season, games are traditionally more evenly bet by the public. In fact, no team has ever received less than 20% of spread bets in a bowl game. However, that doesn’t mean that there isn’t value to betting against the public, it simply means we need to adjust our parameters slightly. The table below displays the value of contrarian betting at three key data points.

It’s quite interesting to note that the Florida State/Oregon game is currently receiving 10,747 bets — nearly twice as many as the second most popular game (Ohio State/Alabama with 5,811 bets). The highest number of bets for a non-playoff game is currently Ole Miss/TCU with 2,295 bets. The list below displays the most popular bowl games for bettors dating back to 2005.

Bettors can view the latest odds and public betting trends on our free College Football odds page, so make sure to check back throughout bowl season.

Which teams do you like during bowl season? Is anybody being undervalued? Is it surprising that all 10 Big Ten teams in a bowl are underdogs?Please leave your thoughts in the section below.