Will Carson Palmer Return to Arizona Next Year? 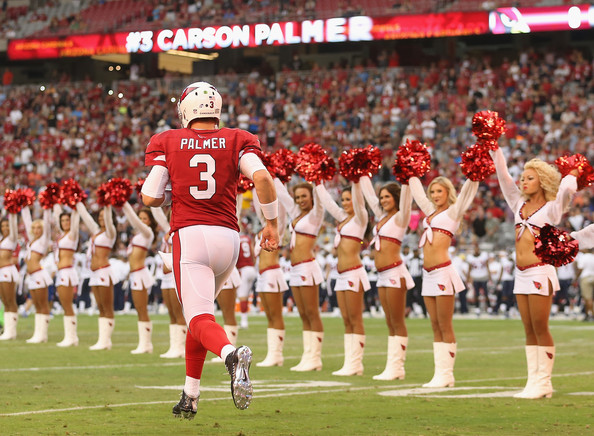 Will Carson Palmer Return to Arizona Next Year?

The Arizona Cardinals were expected to be contenders in the NFC this past season, but they were anything but. Carson Palmer was a big reason why the team had high hopes and his mediocre play absolutely contributed to their 7-8-1 record (6-8-1 in games he played in).

After having a great 2015 season in which he was third in the NFL in QB rating at 104.6, Palmer’s play greatly regressed. This past season, Palmer was 20th in the NFL with a 87.2 QB rating and heavily relied on the emerging superstar RB, David Johnson, to keep the Cardinals’ offense afloat.

With this sharp decline in play, is it time for Palmer to call it a career? At age 37, nobody could really blame him. Only a handful of QBs in the history of the NFL have been able to play at an elite level at such an age (see Thomas Edward Patrick Brady Jr.).

With this in mind, BookMaker posted odds on whether or not Palmer will be back on the Cardinals for the 2017 season. Keep in mind, the “No” option includes retirement or playing on another team.

According to NFL media god Adam Schefter, the Cardinals do expect Palmer to return.

On the flipside, there are reports that Palmer’s family packed up and waved goodbye to Arizona. Given that it’s the middle of a school-year, it would be weird for him to uproot his family if he was going to return to the Cardinals next year.

Report: Carson Palmer has pulled kids out of school and moved out of Arizona https://t.co/6ugSzKJMkC pic.twitter.com/IH7B1DRMzP

Check back for any odds updates over the next few weeks.