Who Will Be the Next Oregon Ducks Head Coach? 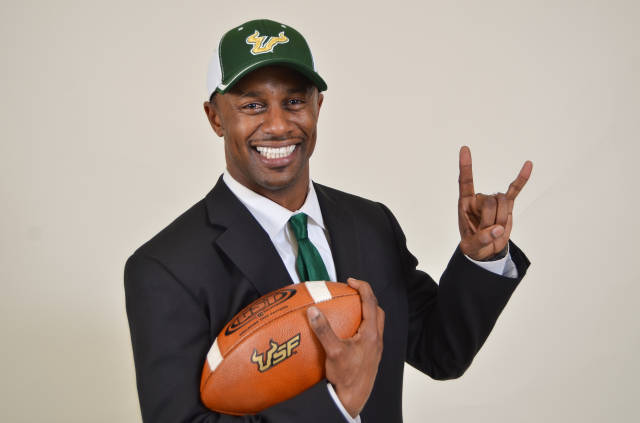 Who Will Be the Next Oregon Ducks Head Coach?

The Oregon Ducks recently fired Head Coach Mark Helfrich after a disappointing 4-8 season and are now looking for his replacement. Helfrich became the HC back in 2013 after spending three seasons as the team’s offensive coordinator and helped lead the Ducks to a national title game back in 2014. It has been all down hill from there, though. They lost the Alamo Bowl in 2015 and came in 6th place in the Pac-12 this season. In the process, they were also one of the worst teams against the spread this year.

So, what is next for the Ducks? They have already begun interviewing for their next head coach and Bookmaker.eu has posted odds on who will get the gig. Willie Taggart, one of those interviewed, is at the top of the list at +250. He helped lead South Florida to a 10-2 record this year and will face South Carolina in the Birmingham Bowl later this month.

Bryan Harsin, Boise State’s current HC, is next on the list. Like Taggart, he led his team to a 10-2 record and will face Baylor later this month in the Cactus Bowl. Harsin has been Boise’s head coach for three seasons and coached at Arkansas State as well.

Former long time Rutgers coach Greg Schiano is next on the list. Schiano, who moved on to the Buccaneers for two seasons after Rutgers, had been without a job for two seasons before landing the defensive coordinator/ assistant head coach job at Ohio State this year. The Buckeyes’ success this season will likely get Schiano a head coaching job somwhere, but oddsmakers seem to think that Oregon won’t be that place.

Note that the field is still a relatively big favorite. Some more enticing names are listed at long odds, but chances are the next coach isn’t named on the list. Just a few days ago, PJ Fleck had been listed as the favorite at Bovada, but recent reports claim that he is out of the mix.

Current Western Michigan head coach PJ Fleck is the +200 favorite to be next head coach at #Oregon: pic.twitter.com/6WHYUCHHlm