Who Will be the Next Head Coach of the Los Angeles Rams? 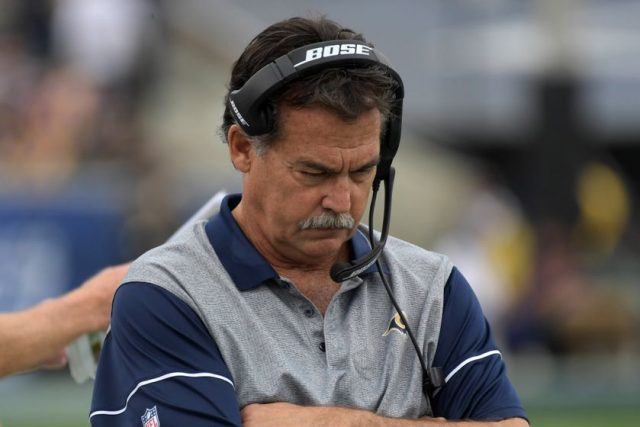 Who Will be the Next Head Coach of the Los Angeles Rams?

On Monday (12/3) afternoon, the Los Angeles Rams parted ways with embattled coach Jeff Fisher just months after handing him a two-year contract extension. Special teams coordinator John Fassel, who is the son of former New York Giants coach Jim Fassel, will serve as the interim coach over the final three games of the season.

The Rams, who had lost eight of their last nine games, posted a losing record in each of their five seasons under Fisher. Interestingly, Fisher’s firing came just one day after an embarrassing 28-point home loss to the Atlanta Falcons. With the loss, Fisher tied Dan Reeves for the most career regular season losses by an NFL head coach. In his tenure with the Rams, Fisher went 31-45-1 (41.4%) straight up and 36-39-2 ATS.

In a 45-minute news conference, Rams COO Kevin Demoff said the team will immediately start searching for a new head coach, with the hopes of making their hire by mid-January. According to CBS Sports NFL Insider Jason La Canfora, the team is expected to hire an offensive-minded coach. There has also been speculation that the Rams will fire general manager Les Snead and allow the new GM to hire the next head coach.

The following day, Bovada posted their own odds on the next Rams head coach with several major discrepancies. Stanford’s David Shaw, who had the third-best odds at Bookmaker, was not listed as an option. Jim Harbaugh, who was listed as a 30/1 long shot at Bookmaker, was listed as a top candidate at Bovada. It was also interesting to see that Bovada was not offering an option for the field, which always raised red flags. For what it’s worth, Bookmaker is a much sharper sportsbook with higher limits — even for these types of prop bets.

Soon after, BetOnline posted odds on the next Rams coach with several intriguing additions. Rex Ryan, who was recently fired by the Bills, was listed as a 50/1 longshot candidate. Retired running back Eric Dickerson, who had publicly shared his displeasure with Fisher’s performance, was listed at 100/1. BetOnline also listed “Female Head Coach” at 100/1, although that seems underpriced considering that only two women (Arizona’s Jen Welter and Buffalo’s Kathryn Smith) have earned staff jobs.

The table below compares the current odds at BetOnline, Bookmaker, and Bovada. It will be updated as new information becomes available.

When this article was first published, I recommended that bettors jump on the field at +250 since many viable candidates were not included when Bookmaker first posted their odds. Unfortunately, the field moved from +250 to +100 which means most of that value has been sucked out.

While we wait for this story to develop, make sure to track the latest odds and public betting trends on our free NFL odds page. Interested in following our winning picks? Sign up for a 4-day trial of our Pro subscription for just $49!

Who do you think Los Angeles will hire? Are there any dark horse candidates that oddsmakers are overlooking? Please leave your thoughts in the comment section below.