Who Will be the Next Football Coach at Houston? 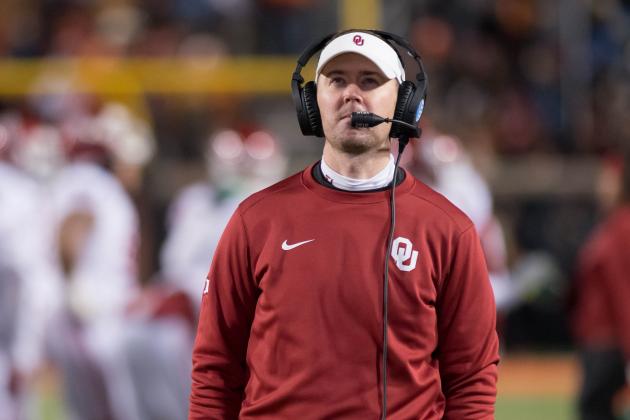 Who Will be the Next Football Coach at Houston?

In NCAA Football
By Andrew Fine

The Houston Cougars finished the regular season 9-3 and two of those wins came against Louisville and Oklahoma, both of which are among the top-25 in the College Football Playoff Rankings. The day after Houston’s 48-44 loss to Memphis, it was announced that Tom Herman accepted a head coaching position at Texas.

Defensive coordinator Todd Orlando will be the head coach in the Las Vegas Bowl when Houston takes on San Diego State. In light of Houston’s coaching vacancy, Bookmaker posted odds Monday on who will be the next coach of the Cougars.

Below are the odds as they appear on Bookmaker.

Oklahoma Sooners offensive coordinator Lincoln Riley is currently the odds-on favorite (-165) to fill Houston’s coaching void. Riley, who is only 33-years-old, is in his second year at Oklahoma and was the 2015 recipient of the Broyles Award, which is given to the top NCAAF assistant coach.

Under Riley’s guidance, quarterback Baker Mayfield and receiver Dede Westbrook have thrived and were recently named Heisman Finalists. Mayfield is ninth in the nation in passing yards and fourth in passing touchdowns. Westbrook is fourth in receiving yards and tied for fourth in touchdown receptions. The last time that two Heisman finalists have come from the same team was 2004 (Matt Leinart and Reggie Bush).

Former LSU coach Les Miles and current Alabama offensive coordinator Lane Kiffin, two of the biggest names in this pool, have the second-shortest and fourth-shortest odds respectively. Both coaches will be highly sought after and are rumored to be candidates for several other coaching positions.

Make sure to track the latest odds and public betting trends on our free college football odds page. Interested in following our winning picks? Sign up for a 4-day trial of our Pro subscription for just $49!

Who do you think will be the next head coach for Houston? Please leave your thoughts in the comment section below.