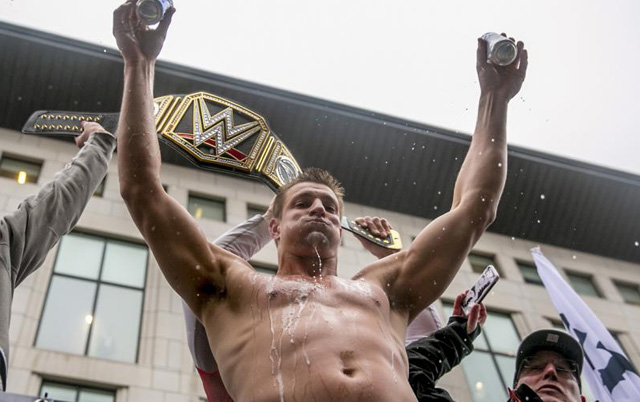 With the help of SportsOddsHistory.com, we looked back at preseason Super Bowl, conference, divisional and playoff odds, as well as regular season win totals to determine just how dominant oddsmakers expect the Patriots to be. The simple answer is “very”.

The table below compares odds for the 2017-18 Patriots to the yearly favorites for a handful of preseason betting options, dating back to 2001. We’ve listed the previous favorite in each column in bold.

*SportsOddsHistory.com’s historical data for playoff odds begins in 2009.
**2017 odds reflect current odds from Westgate as of 7/24/17.

After compiling the data, the current New England Patriots are tied (+250) with the 2007 edition as the largest preseason favorites to win the Super Bowl. At +125, the Pats have also nudged ahead of the 2005 Philadelphia Eagles (+140) as the biggest favorites to win their conference.

Where the 2017-18 Patriots really separate themselves are with their chances to make the playoffs, win the AFC East and projected regular season wins. New England is a ridiculous -2500 to simply make the playoffs, compared to the 2013 Denver Broncos (-1000) who were previously the biggest favorites.

At -1400, the Patriots are also expected to be easy winners of a division that is more interested in exorcising the Ryan brothers, tanking for Sam Darnold and the catalog of Pitbull than actually winning NFL games. The lack of AFC East competition also helps correlate to the 5th-easiest strength of schedule in the NFL, resulting in a regular season win total (12.5) that’s one-half win higher than any other team since 2001.

For those expecting a truly historic season from the Patriots, BetOnline has set the odds of any team going 16-0 in the regular season at +800 with a True Perfect Season (19-0) listed at +1000.