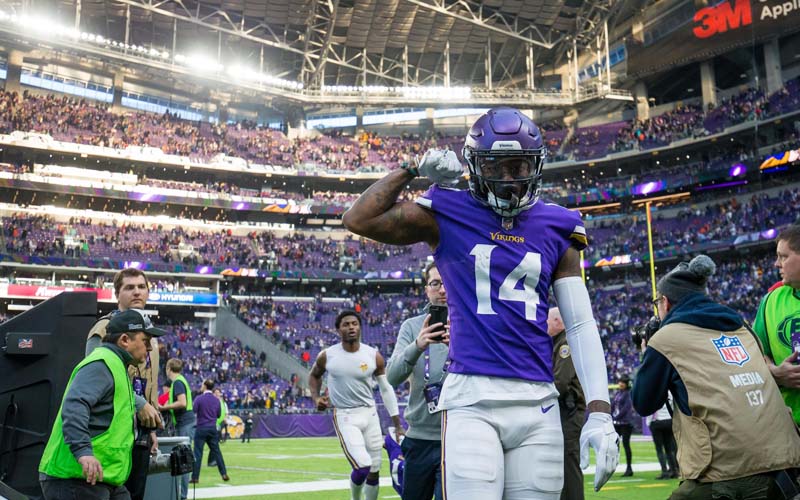 With the NFL’s wild-card weekend only days away, oddsmakers at BetDSI have posted lookahead Super Bowl lines for every potential matchup. We’ve listed the teams, the matchups, and the projected point spreads below along with notes of interest for each team.

These numbers would’ve been much different with QB Carson Wentz on the field. But with Nick Foles under center, the Eagles would only be favored over the AFC’s two weakest teams in the eyes of oddsmakers.

Remember: These are Super Bowl lines … and the Super Bowl is being played in the Vikings’ home stadium. But still, it’s noteworthy that Minnesota is the only NFL team that’d be favored in each possible Super Bowl matchup.

Excluding the Vikings and their home-field advantage, the Rams would be the biggest favorite of any other Super Bowl matchup at -8 against the Bills.

A potential Brees vs. Brady showdown is the only scenario where the Saints project to be Super Bowl underdogs.

Not a lot of respect from oddsmakers for Cam Newton and the Panthers, who would only be favored over Tennessee and Buffalo, both around 100-1 Super Bowl longshots.

Despite losing to the Bills by six points at home during the regular season, oddsmakers believe the Falcons are 5.5-points better on a neutral field.

The Patriots would be favored in five of the six Super Bowl matchups and, assuming three points for home-field advantage, would also be favored over the Vikings on a neutral field.

Just one man’s opinion, but public bettors would be all over the Steelers as underdogs should they take on the Rams.

Other than a game against the Vikings, oddsmakers project all five of the Jags’ potential matchups to be very close affairs, with point spreads of a field goal or less.

Kansas City is slated as an underdog in four of their six potential matchups and only project as favorites over Carolina and Philly.

Along with the Bills, the Titans are the only other team projected to be an underdog in every potential matchup.

The Bills are at least a field goal underdog in all matchups, including a whopping 11-point dog to the Vikings.