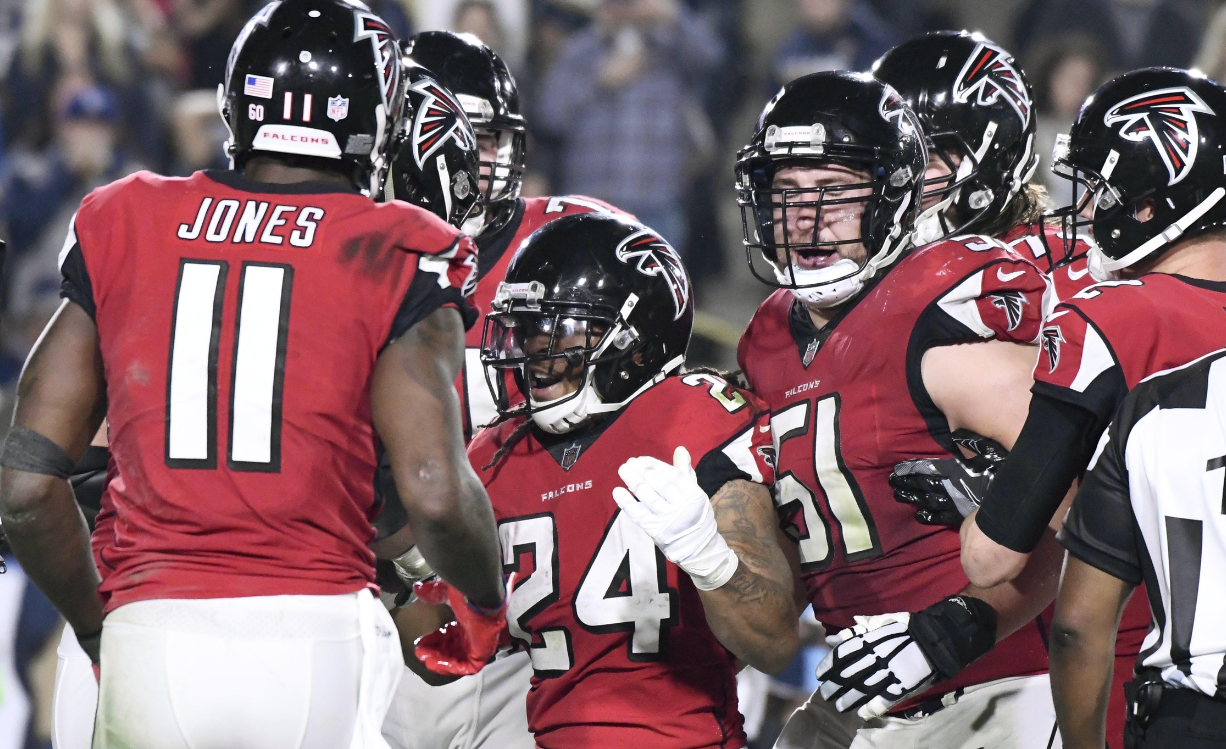 In NFL
By Danny Donahue

As you may have heard, all four underdogs covered over Wild Card weekend. Two of those dogs won outright, and one of them is now a 2.5-point favorite in the divisional round and +800 to win the Super Bowl.

As you can tell from the chart below, that team is the Atlanta Falcons.

After being +2500 just one week ago, last year’s NFC champs are inside of 10-1 for the first time since mid-October. Think recency bias is playing a role here? You may be onto something.

Projections are certainly not an exact science, but it’s worth noting that FiveThirtyEight’s NFL Predictions still give Atlanta just a 9% chance to win it all this year, up from 4% last week. What does that mean for bettors? Well, you’d need odds of +1011 or higher to make that a worthwhile wager.

As it turns out, the only team whose odds are worth your while at this point is Atlanta’s upcoming opponent. With the inexperienced Nick Foles behind center, I’d imagine the Eagles aren’t one of the more popular Super Bowl bets. However, they are given a 15% chance to win the Lombardi, which is more than twice the probability implied by their +1400 odds.

In the AFC, the Patriots improved to +160 without playing a game, probably due to a combination of betting popularity and their surprising divisional-round opponent, but more likely the latter.