How Were Futures Affected By the NFL Draft? 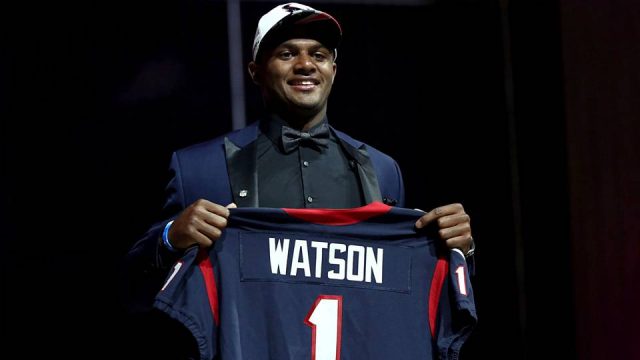 How Were Futures Affected By the NFL Draft?

The 2017 NFL Draft took place over the weekend and, now that the dust has settled, most sportsbooks have updated their Super Bowl 52 futures to reflect the new additions to every team. Although bettors often times place value on these draftees, most oddsmakers don’t believe the draft has a significant impact on the title probabilities.

“We receive a good amount of square action on Super Bowl futures during the draft, but at the end of the day, if we adjust numbers, we’re only adjusting on perception,” stated Scott Cooley, a spokesman from the market-setting Bookmaker.eu. “The hopeful fans believe that one player will immediately make their team a contender, but the fact is that these future NFL rookies have zero impact on what we do as far as the futures market.”

The best example of how public perception can cause artificially inflated lines involves the Houston Texans, who moved from +2850 to +2210 at Bookmaker following the draft. The team drafted Clemson quarterback Deshaun Watson, and bettors immediately viewed that as a major upgrade over the incumbent starter, Tom Savage. Although rookie quarterbacks often struggle, bettors are clearly emboldened by Dak Prescott’s success with the Dallas Cowboys last season.

Interestingly, the Texans futures already moved significantly earlier in the offseason when the team traded Brock Osweiler to the Cleveland Browns for salary cap relief, fueling speculation about the potential addition of a free agent quarterback Tony Romo. That seemingly inevitable signing never happened, but the Texans’ odds of winning the Super Bowl improved from 60/1 to 30/1 at the Westgate Las Vegas Superbook. Once again, public perception was largely responsible for this move.

Following the draft and the addition of a potential franchise quarterback, the Texans’ odds of winning the Super Bowl remain unchanged at 30/1.  In fact, only six teams saw their odds at the Westgate Superbook change after the conclusion of the NFL Draft.

The list below displays the six line moves over the past week:

Most sportsbooks will have a great degree of variance when they first post their futures, but there’s usually more parity between the books after the draft as the market begins to normalize and outliers are bet out of the marketplace. As the preseason approaches, we will continue to monitor these odds to identify how public money and sharp money are affecting the futures market. In the meantime, it’s crucial that bettors don’t overreact to the results from this weekend’s NFL draft.

The 2017 NFL season doesn’t start for more than four months, but several offshore sportsbooks have already posted odds for every Week 1 matchup. Make sure to view these odds along with the latest public betting trends by visiting our free NFL odds page.