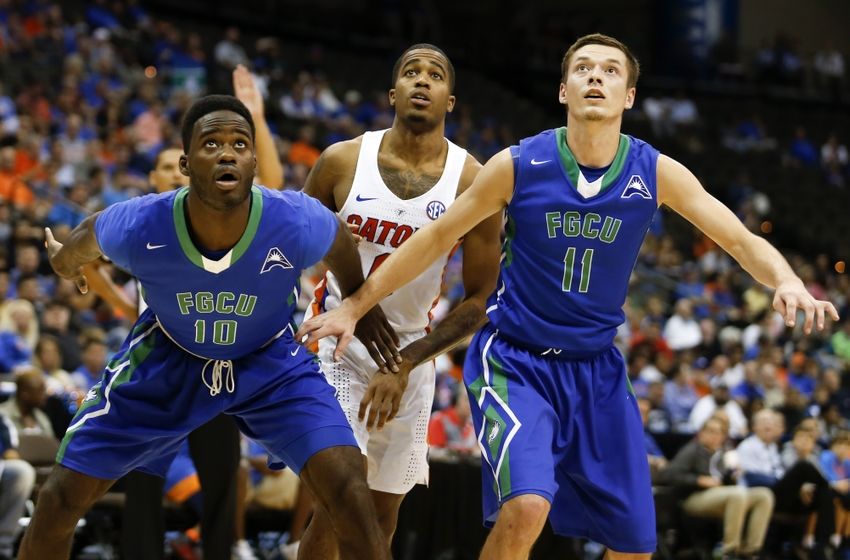 For casual sports fans, it’s only natural to root for winning teams and high-scoring games. Watching a victorious team pile up points can be a thrilling experience; however, sportsbooks understand this tendency and shade their lines to force bettors into taking bad lines when playing the popular side of a game. The majority of college basketball bettors take the favorite in nearly 80% of regular season games, which has historically created value on the underdog.

During the NCAA Tournament, that tendency changes slightly and bettors are increasingly willing to take the underdog. At the time of publication, the majority of spread bettors are taking the underdog in 19 of 32 first round games. It’s incredibly rare to find the majority of bettors taking the underdog, and this level of one-sided public betting is unprecedented. That’s particularly true in regards tomorrow night’s showdown between 3-seeded Florida State (25-8 SU, 17-12 ATS) and 14-seeded Florida Gulf Coast (26-7 SU, 4-0 ATS).

Florida State opened as 11.5-point favorites at the market-setting Pinnacle sportsbook, but casual bettors have been hammering the underdog. According to our public betting trends, 77% of spread tickets and 85% of spread dollars have taken Florida Gulf Coast plus the points. That’s remarkable considering that only two underdogs have ever received at least 75% of spread tickets during the NCAA Tournament — and both of them failed to cover.

Florida Gulf Coast made a stunning run to the Sweet 16 four years ago when their high-flying offense led to the “Dunk City” nickname. The Eagles have seen their popularity soar in recent years, and there’s plenty of justification to that fanfare. Florida Gulf Coast ranked fifth in the country in field goal percentage (50.2%) during the regular season and junior guard Brandon Goodwin (18.2 PPG, 4.6 RPG, and 4.0 APG) may be one of the nation’s most underrated players. However, there’s ample reason to avoid taking this trendy Cinderella pick.

Despite receiving overwhelming public support, Florida Gulf Coast has moved from +11.5 to +12 since opening at Pinnacle. Line movement that contradicts our public betting trends is known as reverse line movement, and it’s an excellent indicator that sharp money took Florida State -11.5.

Florida Gulf Coast moved from +11.5 to +12 within 90 minutes of opening on Sunday evening, and the line has remained unchanged all week despite this one-sided public betting. That indicates oddsmakers have taken sharp money on Florida State, and they’re comfortable with their current level of liability. Additionally, past trends indicate these contrarian favorites provide tremendous value.

In addition to this one-sided public betting on the spread, casual bettors are also loading up on the Florida Gulf Coast moneyline. At the time of publication, a whopping 95% of bettors were taking the Eagles to win straight up (their moneyline ranges from +600 to +644). For what it’s worth, our bracket simulator only gives Florida Gulf Coast an 8.8% probability of winning this game, which equates to implied odds of +1036.

This game is the quintessential example of “Sharps vs. Squares.” Although casual bettors are taking Florida Gulf Coast plus the points, sharp bettors are clearly laying the points with Florida State. The Seminoles are in an entirely different category both in terms of size and athleticism, and they should be able to dominate in the paint. Florida State should be an even larger favorite, but public perception in clearly impacting this line.

Interested in checking out our new money percentages and line charts for every college basketball game? Sign up now for an extended 5-day trial of Sportsbook Insider Pro. In addition to the features shown in this post, subscribers also have access to our entire suite of live odds, public betting data, and our Best Bet picks.