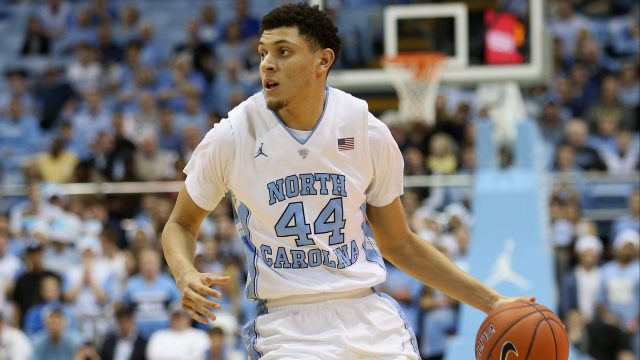 The NCAA Tournament, which begins on Tuesday, may be the single most exciting event on the sports calendar. March Madness also causes a seismic shift in the sports betting marketplace, which creates some excellent opportunities for shrewd bettors.

For anybody who’s not familiar with our philosophy, we stress a contrarian approach to sports betting. Before the start of every season, we publish a series of Betting Against the Public articles which utilize our public betting trends to highlight the sweet spots for contrarian betting. However, betting against the public is only one part of a contrarian approach.

Bettors should also be buying on bad news and selling on good news. That means taking teams after a blowout loss, fading “élite” teams and backing teams that have consistently failed to cover the spread. These tactics may seem counter-intuitive, but they have allowed us to exploit public perception and take advantage of artificially inflated lines.

Historically we have found that a majority of public bettors tend to hammer favorites and overs. It’s easy to root for winners and high-scoring games, but this basic human tendency can easily be exploited by oddsmakers. They understand the factors driving public betting and shade their lines accordingly to force square bettors to take bad numbers when playing the popular side of a game.

My research found that the majority of spread tickets (at least 50%) have been placed on the favorite in 77.45% of all regular season games. This type of behavior can be seen across all six major US sports leagues, but there’s a dramatic change between the regular season and postseason and casual bettors become increasingly willing to take the underdog.

Bettors assume that any team that makes the NCAA Tournament must be very skilled and they’re used to seeing memorable upsets from lower-seeded teams. These casual bettors are increasingly willing to simply take the underdogs plus the points and hope for a competitive game. Unfortunately for those bettors, that’s been an extremely flawed approach.

Since 2005, underdogs have gone 377-391 (49.1%) during the NCAA Tournament. When they’re being pounded by public bettors, those results diminish significantly.

By fading underdogs receiving the majority of spread tickets, spread bettors would have gone 105-82 ATS (56.1%) with +17.29 units won. We constantly advocate the value of betting against the public, and that’s especially true in heavily bet games where public money has a greater impact on the line. Since the average NCAA tournament game receives more than six times the betting volume of an average regular season game, this is the perfect opportunity to employ a contrarian strategy and capitalize on artificially inflated lines.

The table below displays the performance of favorites receiving less than 50% of spread bets during the NCAA Tournament.

During the regular season, sportsbooks almost always adjust their lines based on the action of their sharpest bettors, and they won’t move the number based on public money unless there’s a marquee matchup with one-sided public betting and limited sharp action on the other side. However, sportsbooks are far more likely to adjust their lines based on public money during the NCAA Tournament in order to mitigate some of their liability.

It’s also worth noting that public perception is often built into the opening line. Sportsbooks know which teams will receive the majority of public bets before posting the opener, so they shade their opening lines to capitalize on public perception. Since oddsmakers can accurately anticipate one-sided action from casual bettors, they react by shading lines to force these bettors to take bad numbers when playing the popular side of a game. This shading creates added value for bettors willing to go against the grain and fade the public.

The concept of taking contrarian favorites (or fading trendy underdogs if you prefer) has consistently proven to be an effective strategy. It’s very rare that you’re able to find favorites that are being ignored by the betting public, but it’s significantly more prevalent during the postseason.

Bettors should realize that this strategy isn’t solely effective during the NCAA Tournament. Since 2005, favorites receiving less than 25% of spread bets have gone 136-98 ATS (58.1%) during the regular season. That includes a 61-31 ATS (66.3%) record when the number of bets placed on the game is greater than the daily average.

“One-sided square betting on the dog is rare, but it does happen,” according to Scott Cooley, a spokesman from the market-setting Bookmaker.eu. “We may not initially shade the spread toward the favorite in a situation where we’re expecting a lot of dog money, but if it does start rolling in and it doesn’t look like we’re getting any takers on the other side, we will adjust quickly by moving the number.”

This strategy has been especially profitable during the opening weekend of the NCAA Tournament, as favorites receiving less than 50% of spread tickets have gone 73-51 ATS (58.9%) during the Round of 64 and 32.  That’s interesting because bettors tend to place wagers based on the results of their bracket, and people love picking upsets in the earlier rounds.

There’s a common perception that there are often upsets in the 4 vs. 13 and 5 vs. 12 games, and that belief can be easily exploited. Since 2005, the 4-seed and 5-seeds have been favored in all but one game against the 12-seed and 13-seed (Syracuse closed +1.5 against Texas A&M is a 5-seed in 2006). In the games where they closed as favorites, the higher seeded schools have combined to go 46-47 ATS in the Round of 64. That doesn’t look impressive at first glance, but there’s been a huge disparity based on public betting.

This is one of the more popular upset picks in the earlier rounds, but contrarian bettors can exploit this public perception by fading the trendy Cinderella team.

These public betting trends are proprietary Sports Insights information, and they are available exclusively to Sportsbook Insider subscribers along with real-time odds, our newly added money percentages, breaking injury alerts, archived line histories and much more. Sign up for a 4-day Pro trial and you will also receive steam moves, reverse line movement alerts, Contrarian Plays and our in-house Best Bet picks!