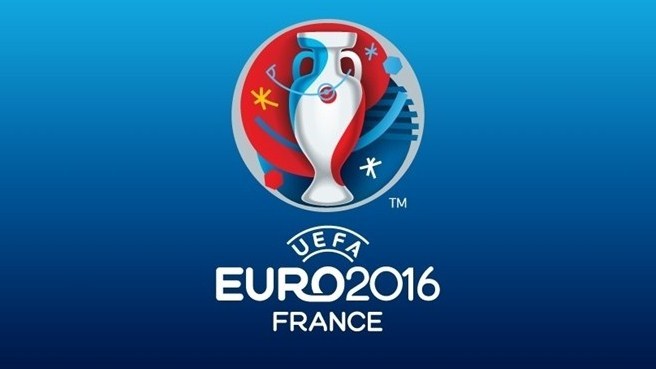 We’ve now reached the semifinals of Euro 2016 where France and Germany remain the favorites to win. Portugal are favored to advance to the final against Wales, who were once 500:1 at Westgate when odds opened there in July of 2014.

The table below shows the odds to win Euro 2016 at two different offshore sportsbooks since opening:

We’ve been tracking the odds from before the tournament and it was no surprise that 2014 World Cup champs Germany opened as the favorites to win Euro 2016, as they have an in-tact squad set to make a deep run. However, hosts France overtook them as the new favorites heading into the group stages as well as the quarterfinals. France were my pick at +300 odds prior to the tournament but will have a tough matchup in the semifinal with either Germany or Italy.

France gets a slightly favorable matchup with Iceland at least in the quarterfinal, a team who upset England last round after going down 1-0 very early in the game. Germany face Italy, which may actually be a tougher matchup than Spain would have been. Germany has never beaten Italy on a competitive stage, going 0-4-4 in those meetings. On the other side of the bracket, Belgium and Portugal are on a collision course to reach the semifinals, but Poland and Wales have both proven they can play with anyone.

At William Hill, Germany, Italy, and Belgium are receiving the most tickets to win it all, as well as the most money to win it all. At CRIS it’s the same, so at least at those two sportsbooks they wouldn’t mind a France title on home soil.

The preview below was published prior to the start of the tournament. Our 9 group futures earned bettors +24.45 units:

The 2016 European Championship is hosted by France and made up of the top 24 teams around the continent of Europe. All countries have now qualified for the tournament and will begin group play on June 10, 2016.

In the most recent Euros in 2012, Spain defeated Italy for the title hosted by Poland/Ukraine. Spain won in both 2008 as well, but it was longshots Greece to win in 2004 (albeit in a tournament with 16 teams, compared to 24 now), so this tournament has seen its share of upsets. Via SBRForum, here were the odds for each European winner since 1960:

As for the 2016 European Championship, here’s how the groups look: 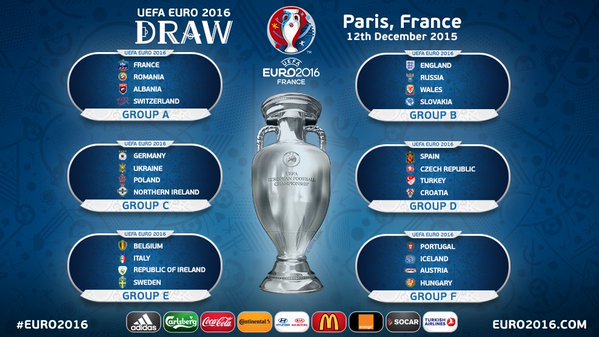 Below shows the odds to win each group at 5Dimes from December and current. Reminder that the top 2 teams from each group will advance to the knockout round along with the 4 best third-place teams:

France is clearly the best team in Group A and should advance/win without an issue. France is also my value pick to win Euro 2016 at +300 odds. Romania at +110 not to advance is a good bet in my opinion as Switzerland and France should progress.

Betting on England is always a risky proposition even if they have the strongest team in the group. I like Wales to advance, especially if you can grab better odds than -175. Russia to finish bottom at +350 odds is also intriguing, as well as Russia not to advance at +200.

The Germany-Poland rivalry makes this group interesting and public bettors will likely take Ukraine -225 to advance. Will be passing on this group entirely.

This is the most intriguing and most competitive group in my opinion, even though Spain is the strongest. Turkey and Czech Republic appear to have some value to advance at this point but I’m not sure which goes through. In that case, I like Croatia not to advance at +220.

Of course Belgium and Italy are the strongest teams in Group E, but Sweden and Ireland could pull an early upset and really shake this group up. Italy at +400 not to advance has some value.

This is where a big underdog may cash, as Hungary +1100 to win the group is believable. Portugal tend to underperform, and neither Austria or Iceland will be too big of favorites against Hungary. For those who remember World Cup 2014, Hungary may be the Costa Rica of this year’s Euro 2016. Austria to finish at the bottom at +500 and not to advance at +325 also have some value.

And finally here are the odds for top goalscorer during the tournament:

Since I took France to win it all, I do like starting forward Olivier Giroud to be top goalscorer in the tournament at 20:1 odds.

Who are you backing to win Euro 2016? Are there any group odds with value? Feel free to leave your thoughts and comments below.