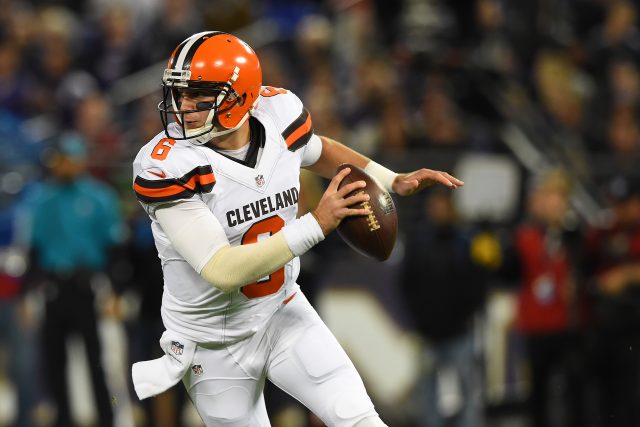 In NFL
By Mike Marsh

Bookmaker was the first to post odds for the league’s most competitive quarterback battles going into the 2017-18 season. The Bears, Broncos, Browns, Jets and Texans have all been undecided when it comes to who will be their team’s starting quarterback entering Week 1. With the preseason underway, here’s a look at the odds.

*August 19 update: The Jaguars have been added following Blake Bortles’ continued struggles.
*August 24 update: Chad Henne now -400 to start Week 1 for the Jaguars, Bortles +280. The Browns QB odds remain unchanged at MyBookie, while the rest of the competitions are currently off the board.

Below was published July 17

Oddsmakers don’t seem to think the Bears battle will be much of a competition with Glennon opening at the -1200 favorite to earn the job for Chicago. The No.2 overall pick in the draft, Mitchell Trubisky, will need to impress during camp and through the preseason to win the job out of the gate. Trevor Siemian, the victor of last year’s quarterback competition in Denver, finds himself in another battle for the starting gig. He opens as the -360 favorite, but he’ll be competing with second-year quarterback Paxton Lynch to determine who’ll under center for the Broncos in Week 1.

In an unpredictable quarterback battle in Cleveland, Osweiler opens as the +155 favorite, narrowly ahead of Cody Kessler (+200) and DeShone Kizer (+205). The competition in New York will be between McCown (-105) and Hackenberg (+105), with dark horse Bryce Petty opening as the +1800 underdog. In the last quarterback competition we’ll focus on, Tom Savage opened at -210 favorite to start Week 1 for the Texans, but has already moved to -320. Those who are looking forward to watching Deshaun Watson will be disappointed to see his odds have dropped from +220 to +280.

Check back later this offseason for updated odds. Have any questions for the staff at Sports Insights? Utilize our live chat to speak with a customer service representative or e-mail us at help@sportsinsights.com.