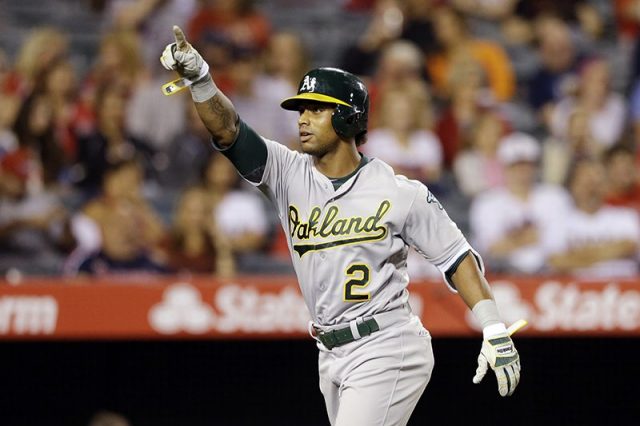 The 2017 MLB season gets underway on April 2, and oddsmakers have already started amping up for another exciting year on the diamond. On Friday, February 10, the Atlantis Sportsbook released regular season win totals for all 30 teams, with the reigning World Series champion Chicago Cubs leading the way.

Despite winning 103 games last season and returning all of their core players, oddsmakers are expecting a slight regression from the Cubs this year. Many bettors may be surprised to see Chicago’s win total at 95.5 games, however, that’s actually the highest preseason MLB win total in years. Looking at the American League, the Cleveland Indians have the second-highest win total at 92.5.

Earlier in the offseason, FanGraphs released their projected standings for every team, which has been subsequently updated on a regular basis. These forecasts utilize several different systems such as Steamer, ZiPS, and staff playing time estimates to project the 2017 MLB season. By comparing these projections with the win totals from the Atlantis, we’re able to see which teams the folks at FanGraphs believe are being overvalued and which are being undervalued.

The table below compares the opening win totals at the Atlantis and the win projections from FanGraphs.

Although there’s largely a consensus in regards to the league’s top teams, there are some notable differences at the bottom of the standings. Oddsmakers have set the Oakland Athletics’ win total at 66.5, which is second lowest win total of any team in the league. However, FanGraphs has projected the Athletics’ for 77 wins, which is only eighth worst in baseball. That type of major discrepancy indicates there could be major value on the over.

Aside from Oakland, there are four additional win totals providing excellent value to bettors. The list below displays every team with at least a five-game discrepancy between the Atlantis win total and FanGraph’s latest projections.

It’s interesting to note that FanGraphs actually predicts the Dodgers (95) will win more games than the Cubs (94). Although that may seem telling, it doesn’t necessarily indicate that the Dodgers are the superior team. There are several playoff caliber teams (like the Cardinals and Pirates) in the NL Central, while perennial cellar dwellers (like the Padres and D’Backs) reside in the NL West. That strength of schedule plays a significant factor in these win totals.

More sportsbooks will start posting their MLB win totals in the coming weeks, but make sure to bookmark our free MLB odds page for the latest lines, betting trends, injuries, futures and more.