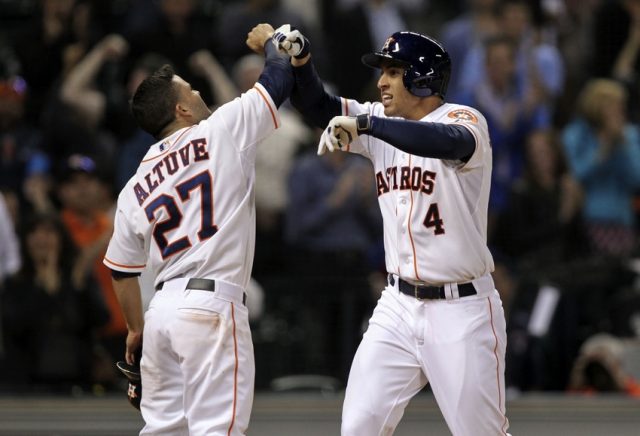 The Westgate Superbook in Las Vegas has just released their odds for each of the six MLB divisions for the upcoming season. A few of the divisions have pretty clear-cut favorites, while the rest could be pretty tight.

According to Westgate, the AL West will likely be the closest division race, while last year’s World Series participants, the Cubs and Indians, have the strongest hold of their respective divisions. You can compare these odds to each team’s win total here.

These odds will be updated throughout the season.

(The section below was originally published on February 21st.)

I feel that the Astros provide the best value at +125. Per Fangraphs’ projections, the Astros are expected to win their division by 8 games, which is the third highest gap of the six divisions. However, they are the only divisional favorite to have a greater than even payout.

Something that may be contributing to this is the fact that the Rangers wildly overperformed last season. Despite having 95 wins, tied for the second most in the MLB, they only outscored their opponents by 8 runs, which was the 14th best margin in the MLB. This was a big reason why they were last season’s most profitable team at +27.6 units (the Orioles were the second best at +10.9 units).

I also think that the Nationals have value at -160. Last year, they were able to win 95 games even though Bryce Harper’s WAR dropped from 9.5 to 3.5. This offseason, they added Adam Eaton for a package of highly-ranked prospects, indicating that they’ll be going all in this season. They’ll also have a full season with Trea Turner, who I believe may turn into one of the best players in the league.

Although the Mets are lined up for a strong season, they rely too heavily on their oft-injured pitching staff. Their lineup consists of aging ex-stars and boom-or-bust type hitters who will have trouble stringing hits together. Fangraphs projects them at 88 wins, which is in line with Westgate’s 88.5 total, but the Nationals are projected at 94 wins, which is considerably higher than Westgate’s 91.5 total. I feel that the odds for these two teams should look more like the NL West’s odds with the Dodgers and Giants.