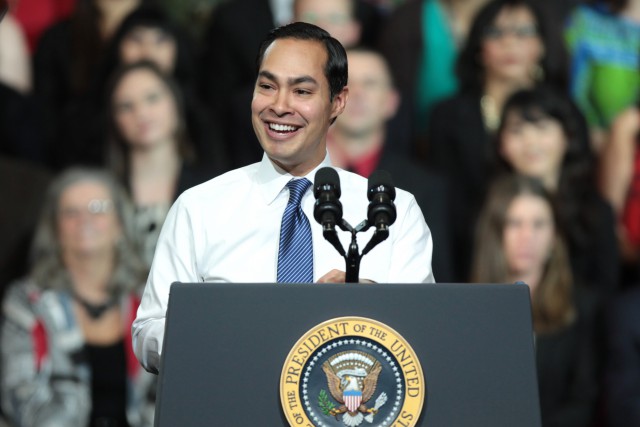 In Politics
By David Solar

As we approach Super Tuesday, many analysts have begun speculating about potential Vice Presidential candidates for each of the potential nominees. Despite the recent rise of Bernie Sanders, oddsmakers remain confident that the 2016 Presidential Election will feature Hillary Clinton as the Democratic nominee and Donald Trump as the Republican nominee.

Over at 5Dimes, Clinton is listed at -910 to be the Democratic nominee while Trump is listed at -240 to be the Republican nominee. It’s only recently that the real estate mogul emerged as the clear cut favorite. Following his resounding victory in the Nevada Caucus, Trump moved from -117 to -260 at Bookmaker — arguably the sharpest offshore sportsbook.

Assuming that Clinton and Trump square off in the general election, it’s not surprising to see the early Vice Presidential odds. Many believe that Trump will need to add an experienced (and slightly more moderate) politician, which makes John Kasich (+230) an interesting possibility. The fact that Kasich is also the Governor of Ohio, an important swing state, would be an added bonus.

As for the Democrats, it’s hardly surprising to see Julian Castro listed as the front runner. The former Mayor of San Antonio and current Secretary of Housing and Urban Development was the first Hispanic to deliver the keynote address at the Democratic National Convention, and is seen as a rising star in the Democratic Party.

The tables below display the 2016 Vice Presidential odds (along with the odds for the field) for each candidate. These numbers are accurate as of 9:00 AM on Wednesday, February 24, 2016.

Although Donald Trump has not secured the 1,237 delegates needed to win the Republican Presidential nomination, there are no longer any legitimate threats to his candidacy. On Tuesday (5/3) evening, Ted Cruz dropped out of the presidential race following a devastating loss to Donald Trump in Indiana. That led Reince Priebus, the chairman of the Republican National Committee, to declare that Trump will almost definitely be the party’s nominee:

.@realDonaldTrump will be presumptive @GOP nominee, we all need to unite and focus on defeating @HillaryClinton #NeverClinton

In an interview with Neil Cavuto on the Fox Business network, Trump was asked about potential running mates and said, “I would want to choose a politician. I’m a businessman. I don’t think we need two guys like me.”

Since these odds were initially posted over two months ago, John Kasich was listed as the favorite to be the Republican Vice Presidential nominee, but he’s actually slipped from +230 to +625. Conversely, New Jersey Governor Chris Christie has seen his stock soar, moving from +1450 to +550.

On the Democratic side, Virginia Senator Tim Kaine leapfrogged Julian Castro (who dropped from +255 to +410) to become the oddsmakers favorite.

Who do you think will earn the Vice Presidential nominations for each party? Are any candidates offering value? Were there any notable exclusions? Please leave your thoughts and comment in the section below.

David Solar is the Content Manager at Sports Insights and can be reached directly at David@SportsInsights.com.